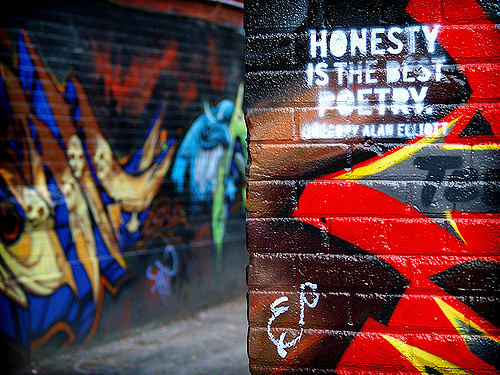 A journalist’s code of ethics should be reduced to the same values that define you as a person, as a character. These are the main principles that I am trying to follow.

1) Be honest. Honesty is the most important asset a journalist trades with. If you don’t take it seriously, then journalism is not for you. You can’t lie to your audience. You can’t make the facts look a little better to suit the story you want to tell. If the facts do not support your initial idea, then there isn’t a story or the story is different.

It is equally important to be honest with the sourcers and the people or institutions that figure in the stories.

2) Be reasonable. Journalists often forget how much power their stories actually carry. For a journalist, there might be a different story every day, but for many people featured in them, a single story might affect their lives forever. I believe that everyone should be treated with dignity, when gathering the information and also in the way they are depicted in the stories.

3) Keep personal and business separate. This is one of the most critical principles to follow. Don’t take use of your friends and family. Often you hear interesting and important information from people who are close to you. They tell it not to you as a journalist but as a family member or friend. Even though it might be tempting and the reporter’s adrenaline kicks in quick, try not to take use of the information. Even when you ask if you can use the information to pursue a story and you are told that it is okay, I suggest being extra cautious, because the person who gave you the information, might just feel very uncomfortable to say no.

These three principles have helped me during my years as a reporter and an editor. All the other and more specific principles can be built on one of these three.

View all posts by hroonema →

One Comment on “Three Simples Rules That Guide a Journalist”