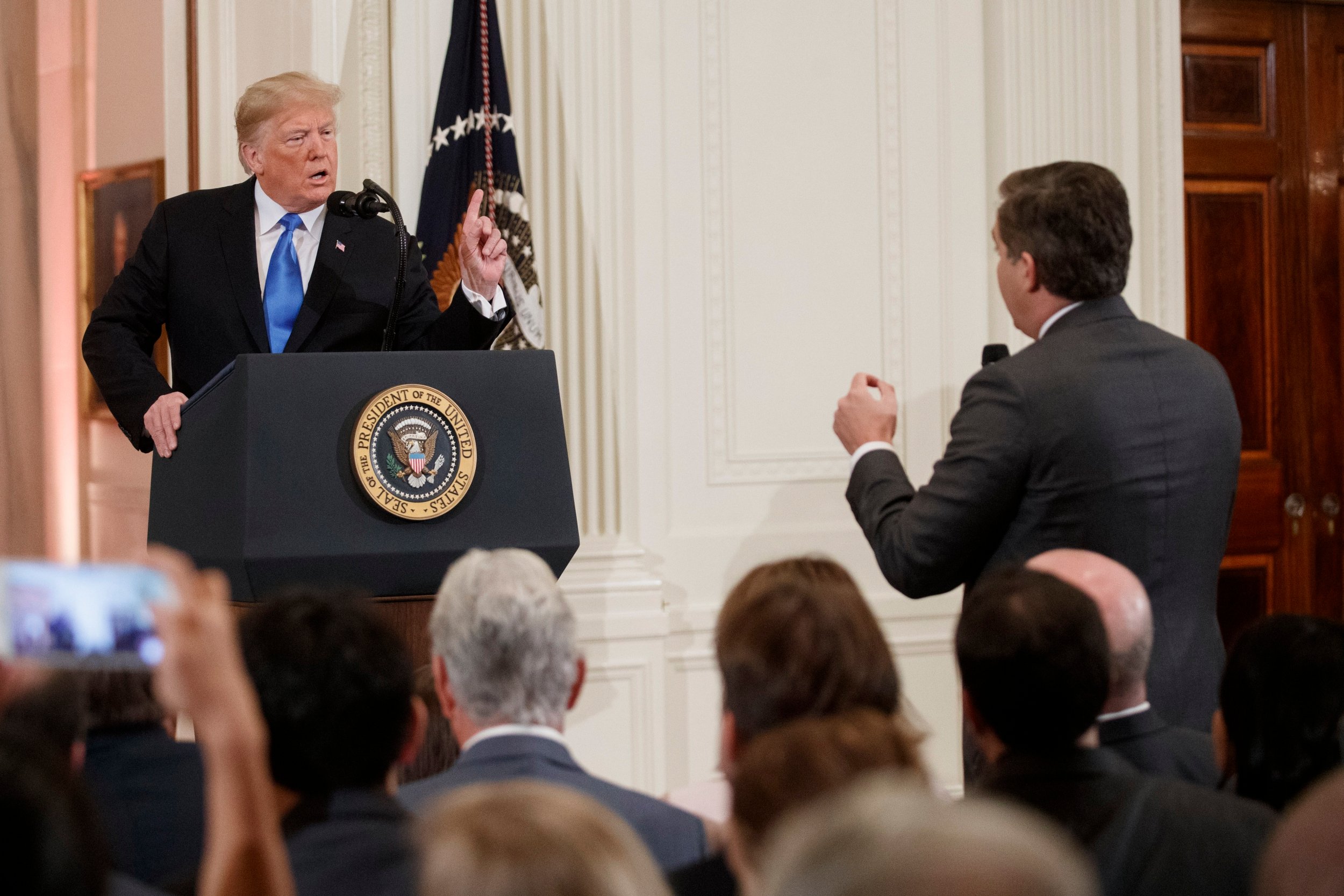 During the post-midterms news conference at the White House on Wednesday, President Trump repeatedly cut off chief White House correspondent Jim Acosta, stating he was a “terrible person” after Acosta pressed Trump on addressing the immigrant caravan attempting to cross the border. Trump refused to let Acosta speak, and then moved on to address another correspondent who supported Acosta’s behavior and angering Trump further.

After the conference concluded, Acosta attempted to re-enter the White House for a live shot and was denied access by secret service and was stripped of his press “hard pass” that gave him access to White House grounds. House Press Secretary Sarah Huckabee Sanders later released a statement regarding his suspension, stating it was due to Acosta getting into a physical altercation with a White House aid. Acosta later addressed this claim in a video, stating the incident in question was greatly blown out of proportion-parts of it even fabricated.

This is troubling, not only because it is a direct infringement on press freedom, but because the media is being censored while asking critical questions that require answers. If a journalist is revoked of press privileges for asking the President a question, there is no press freedom at all in this case. Truth should not be catered to what is comfortable. Journalist should be allowed to ask the difficult questions and receive answers without being degraded publicly in front of their cohorts and the American people.

Taking it a step further, a story was then spread to the American people that portrayed Acosta in a negative light, slandering him and justifying the revocation of his press pass. The distrust of the media in the Trump era is growing, and this story increases it. If people do not do the proper research to see what actually happened, it would be easy to believe that Acosta assaulted an intern and was justifiably removed from the White House. I can’t stress the importance of cross referencing everything in the media, especially in the Trump era. It is important to regain trust in the media yet maintain a certain degree of skepticism when receiving things directly from the White House which is troubling for the state of our country.

Written by: Heather Cumberledge on November 8, 2018.