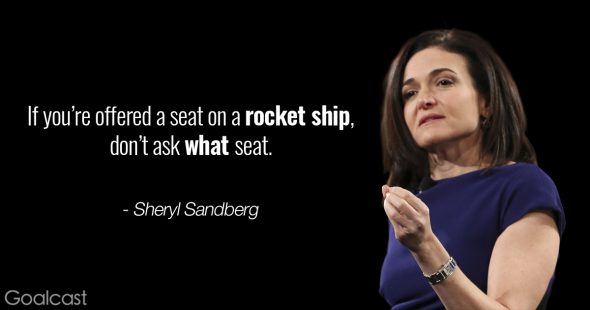 Having equally appreciated and questioned much of  my life so far because of this book, I can easily say it is nothing more than life changing. This book not only took a stand for women in the workplace, but also provided inspiration for women who may not believe that they have a place in higher workplaces.

Sheryl Sandberg artfully crafted her leadership journey through a series of lessons that she has faced so far throughout her career. Her stories and struggles all piece together in order to show women that they too can make an impact as a leader in a workplace. This book was not meant to directly act as though life for women in the workplace has improved by leaps and bounds; but rather, is meant as a book to encourage women to find roles as leaders in the workplace. The main strengths of her biography lie in the three major lessons that can be taken away from the book.

Her first lesson is portrayed in how she believes one should treat a career as a jungle gym rather than a ladder. Rather than seeing a career path as one straight shot to the top, Sandberg encourages women to take any route that may pop up along the way. She puts emphasis on the idea that the way to the top  is in crawling through the small spaces and fighting through the harder obstacles, and that only through the hardships can people reach where they want to be. As she compares a career path to a jungle gym, she follows along with the idea that sometimes one’s path to the top may not be as clear cut and planned out as they once thought. 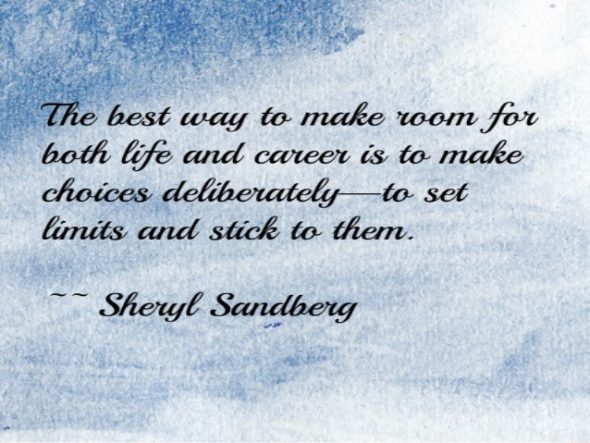 In the final chapters of her biography the final lesson Sandberg writes on is given by the title of her book: leaning in. Similar to much of this biography, this lesson is aimed mainly towards women in the workplace, and the idea of motherhood. For many women in America, motherhood can become a full time job and will often outshadow one’s career. Rather than looking at motherhood as a career ending life choice, Sandberg writes of how a woman can have a successful career before becoming a mother. Along with this, she describes how many women rush into motherhood, but should not have to feel as though that is their only option in life.

While Sandberg’s biography has many strengths in the lessons taught within, there are weaknesses to her stories. Though she does provide an inspiring account of being a woman that is successful in her career, she does tend to outline the hardships that have not changed. While it is important to see that much has not changed for women in the workplace, the part that is lacking is in how to fix these workplace downfalls. Even if they may not be permanent fixes, many could be inspired by hearing how Sandberg believes women can make a change to these old practices. Overall, however, this is only a small portion of the book that is missing whereas much of the book is still inspiring. Rather than pushing for a change, her initiative seems to be in teaching women to take the initiative to push past boundaries. While this can be helpful for women in the workplace, there still seems to be a lack of a call for change.  Though this is true for much of the book, this weakness is overshadowed by the fact that Sandberg is trying to work around something she does not see changing any time soon. She is providing ways to avoid what may take more than just a lifetime to get rid of.

Sheryl Sandberg’s biography Lean In is not only inspiring for women in the workplace, but can be a learning experience for many who may feel stuck within their career. She not only provides her readers with life lessons that can be hard to learn alone, but a positive outlook as to the paths their careers may take. In the end all it takes is allowing yourself to take a step back for a moment in order to just Lean In.