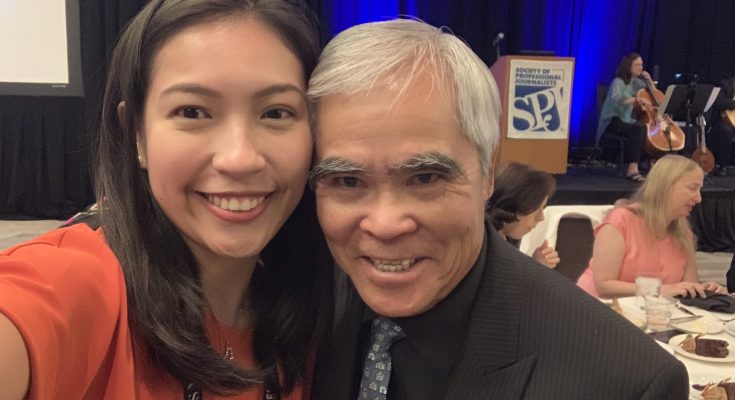 The Excellence in Journalism 2019 – organized by the Society of Professional Journalists, Radio Television Digital News Association, and the National Association of Hispanic Journalists – was very enriching and memorable for me.

It was my first time to attend such a huge journalism conference and what made it even more notable was the wide range of workshops and sessions that participants can attend.

Among the sessions I attended were on digital security, storytelling, and the business of news (and newsrooms).

The digital security session (How to Avoid Getting Hacked) was particularly useful for me as a multimedia journalist. I live and breathe, practically 24/7, through the Internet. Before the session, I thought I knew what a two-factor authentication was and that I was doing enough. But after, I realized I was actually being complacent. The speaker taught us different ways of securing our social media accounts – through third-party applications and a hardware tool (He even gave us free security key USBs).

(You MUST have two-factor authentication in your accounts – 1) SMS AND third-party applicationlike Authy… or 2) third-party app like Authy AND a security key usb. Note these are AND, and not OR, meaning not optional! Another thing I learned from previous experience is not to connect to free public wifi when accessing banks and sensitive info on emails.)

The conference was also a great way to network with other journalists all over the world. Most importantly, it was greatly helpful in finding agencies where we can have our Professional Affiliation. Nothing is final yet, but am in touch with some of them.

On top of all these, I was fortunate enough to be able to witness the CEO of Rappler, the company I work for, be awarded by the Society of Professional Journalists. My boss Maria Ressa – alongside former foreign correspondent Terry Anderson, photojournalist Nick Ut, and the late Jamal Khashoggi – were given the highest honors of the SPJ for their courage and contribution to the profession.

It was very nice to meet someone from home after a month of staying in the U.S.!

I was also ecstatic to have finally met THE Nick Ut. Never in my wildest dreams did I ever imagine I would sit in the same table as the photographer of the iconic Vietnam War photo (the one with the girl during a Napalm attack). He said he was still in contact with the woman in the photo, who is now based in Canada, and that they would meet in November.

I would recommend future fellows to join this conference. It was worth it – plus, you get to travel and visit another state. I hope to attend it again in the future.