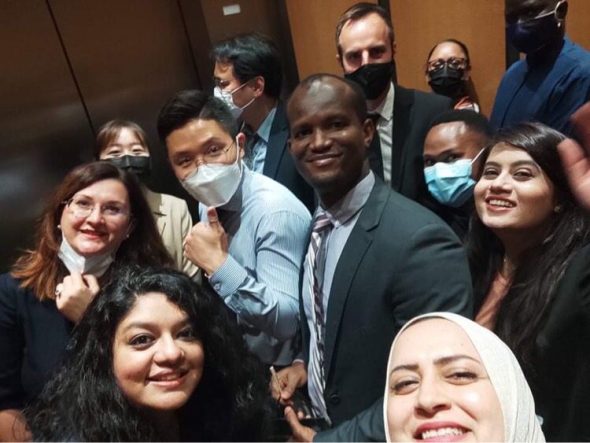 Elira Çanga has worked as a journalist in Albania for the past 11 years. She works as a media project manager at the Organization for Security and Co-operation in Europe and her goal is to modernize the public service media in her country and enrich journalism curriculum. She has previously worked as journalist and producer for the BBC and as a Media Team Leader at USAID. Çanga is experienced in media development and international affairs, with a master’s degree in EU Studies from Centre International de Formation Européenne. She has spent 10 years working on media development to encourage investigative reporting and fact-checking, as well as training and mentoring young journalists on media and information literacy and countering disinformation online. During her time as a Humphrey Fellow, she hopes to improve as a journalist and media developer to make stories more impactful and to help guide future generations of reporters.

View all posts by Elira Çanga →