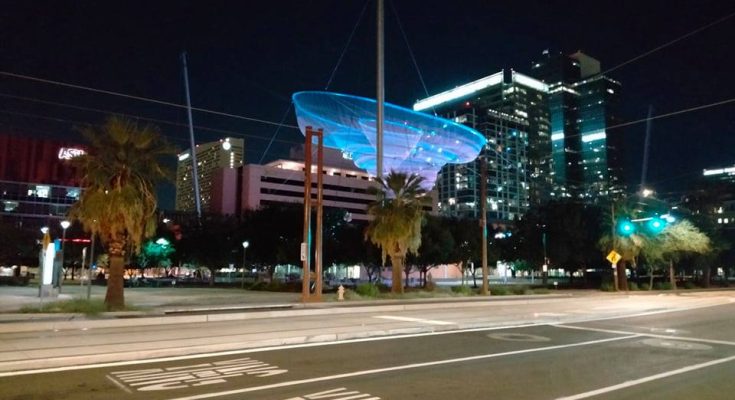 It was at the end of the winter break, when we started to receive emails from the ASU authorities and faculty members about the new COVID-19 policies; notification of syllabus updates on Canvas and a sudden increase in the number of messages on the Humphrey 2021-2022 group on Whatsapp, finally made me realize that our time was coming to an end. I have been dreading this moment for a long time. Seems like only yesterday (August, 2021) when I was struggling to stack suitcases and boxes together in my new apartment, cursing the sticky and hot Arizona weather, complaining about why Americans don’t drink more tea and looking frantically for a bidet online, in otherwise one of the most advanced civilizations on earth ruled by the toilet paper. Fast forward to today, and I think all the elements of the culture shock that I mentioned above, have now become integral parts of me (except for the last bit.)

Counting the month of January in 2022, I have around 6 more months to reside legally as an exchange student in the great United States of America. Contrary to my earlier belief, I have actually fallen in love with this new life of mine in Downtown Phoenix and would prefer to extend it to as long as possible. As I mentioned in the above paragraph, I am absolutely dreading the last few months that we have left from the fellowship. Being the emotional fool that I am, I know I will be tearing up one too many times for the silliest of reasons – the last walk around the block at night, the last detour to Cronkite via the University Centre or just hanging out for the very last time on the Kenect terrace with random people, sharing drinks and snacks.

The state of Arizona, in itself, is a beautiful one. Who would have thought that a desert area would eventually house the 5th largest growing city (Phoenix) in the entire country? The land of the famous mountains in the Grand Canyon, the short lived frosts and snowfall in Flagstaff, the artsy community of Scottsdale, the picturesque villages in Sedona and much more – how could one not have their hearts stolen by these spectacular structures, both natural and man made?

Home is where the heart is, and despite all the other cities in Arizona, boasting beauty and innumerable mouth watering cuisine options, my heart is set on Downtown Phoenix. I have always had problems regarding letting go and starting afresh. Unless I get a push or a kick in the back side of some kind, you would see me happy and dandy running the same routine for years together, well into my 80s! However, change is inevitable, a concept to be welcomed and appreciated. Change will bring you happiness in the long term, even though you might be missing a chunk of your old life, no matter how influential and comfortable it has been.

This is why I decided to live each day like there would be no tomorrow. I call it the ‘trying’ mode. Once I switch to this mode, I try everything that I had not tried last semester – riding a bike in the ‘dangerously’ empty streets of Downtown, getting a membership at one of the public libraries, cooking an entire meal all by myself (believe it or not, I am capable of setting kitchens on fire while doing something as simple as making tea), buying overpriced iced latte of the season from Starbucks, maybe walking to the Tempe campus from downtown (just because it can be done), maybe organising a live music session at one of the ‘First Friday’ celebrations at Roosevelt, having a movie marathon at the downtown AMC, spending an entire night at a random park for no reason at all and so much more.

The one change that I see in myself, is the sudden boost of confidence that I used to have years ago while growing up and later on as a young adult as well. In the middle somewhere, I had lost it, until I came here and got together with the 13 other fellows and the Cronkite faculty and coordinators. This healthy change in me has led me to believe in myself and my capabilities of starting something on my own and leading teams. Now, I know for a fact that once I return to my country, I will be embracing changes and warding off pseudo intellectuals, with grace, dignity and maybe a little bit of the tongue in cheek attitude that seems to have appeared from nowhere!

All said and done, I am now officially beginning the last 6 months of my life as a Humphrey fellow, with all the excitement and zeal that I had experienced when I had started out last year. Look out for part 2 of Gibberish in the coming months, for an update on my activities and shenanigans in Downtown Phoenix!

The author is a journalist, singer and teacher from Dhaka, Bangladesh and HHH fellow 2021-2022.

View all posts by Elita Karim →