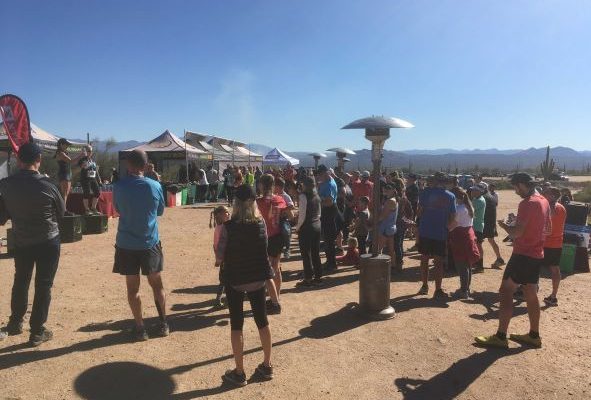 A few weeks ago I found myself on my own in the kitchen of a middle-income American household. I looked around and all I could see were signs of unnecessarily wasted energy. Even though no one was in the kitchen before I entered, all the lights were on and the fan circulated while the window was wide open. The fridge that served two people was around two times the size of ours that fit four of us (the environmental footprint of fridges are enormous thus size really matters). There was even a separate fridge for wine. I love wine, but keeping wines cool for months before drinking them, just doesn’t make sense environmental-wise, especially in Arizona which faces energy shortages due to its current megadrought.

Based on my impressions, such negligence is absolutely common in the US which has been the most shocking experience for me since I arrived (well, in addition to homeless encampments in a such a prosperous country). There are numerous additional examples, like the one I had in Tucson. When we visited it in February, the weather was beautiful, the temperature was around 73 Fahrenheit (or 23 Celsius). We sat inside to have lunch and soon we felt freezing from the air-conditioning. Unfortunately this is pretty common in the U.S. However, this experience was more bizarre than an unnecessarily used air-conditioner: after we escaped the chilly eatery, I noticed another restaurant with empty tables outside that were heated with outdoor heaters. It just didn’t make sense why one restaurant cools its interior while the other heats up its empty terrace in the perfect spring weather.

Heating the streets in the sunny, 70+ Fahrenheit weather is not unique here. They even heat the desert. I accompanied my wife to a trail run race in the desert. As the start was in the early morning, the organizers placed around five outdoor heaters to warm up the runners, but they didn’t switch them off even when the temperature rose up to 72 Fahrenheit and most people were in t-shirts. It was one of my most surreal experiences here to see how they contribute to global warming by literally heating up the desert.

These are just some extreme examples, but unfortunately, the problem is structural. In the primary school of my daughter, they exclusively use disposable plates and cutlery, but no crockery or glasses. Imagine how much waste generates only that school of more than 1000 students each day. Food waste is also enormous: my wife volunteers there during some lunches and many times food – even an apple or a chocolate milk, not to mention entire meals – ends up in the trash untouched. Arizona is number one in the country regarding food waste. While more than 40 million Americans face hunger in the US, about 40% of food is thrown away on average nationwide. As agriculture is responsible for around 30 percent of the total global emissions (have you heard of the big egg lobby), thus it is essential to reduce food waste in order to save the planet.

Air conditioners emit fewer emissions – as they use about 6% of all the electricity produced in the U.S. -, but their unnecessary use is also widespread. One symbolic example was during our stay at the Global Leadership Forum in DC in October. The weather was pretty mild – maybe less than 70 Fahrenheit -, but many of us were freezing during panel discussions as the air-conditioning was on. Ironically, what we partly discussed in those freezingly cooled-down rooms in the basement of our hotel was the threat of climate change. Speaking about the importance of climate change in an unnecessarily cooled down conference room is as ironic as launching a war referring to denazification. After the discussions, I went up to my hotel room and my first thing was to switch off the air conditioning that was switched on automatically each day to cool down an empty room in October.

Based on my impressions, many Americans apparently don’t understand that every mile they drive, every product they buy, every use of energy contributes to global warming. The per capita CO2 emissions in the US are four times higher than the world average. Not 40% more, but 400% more. And I believe the real number is even higher as – similarly to other Western countries – the U.S. also outsourced its production (cars, clothes, gadgets and all other things which are manufactured overseas) to poorer countries, especially in Asia. It means that the West not only outsourced its production to developing countries but also its pollution.

While those who suffer the the most this pollution don’t live in the West, but in the Pacific Islands whose motherland might disappear; in the Middle East or in India where entire regions turn into inhabitable; or in an African coastal city which is already lost to rising sea. The great climate migration – accelerated by the emissions of overconsumption – has already begun.

Of course, I don’t want to seem hypocritical. I’m aware of my own negligance. For long years, I carelessly travelled by plane for long weekends taking advantage of cheap flights. I wish I knew that time that travelling far away is the biggest single action an individual can take to worsen climate change. I wish I never bought unnecessary fast-fashion items. I also wish I knew earlier how beef consumption is harmful for the planet. I’m definitely a more conscious consumer now and I try always think whether I genuinely need an enticing product, and I truly hope more and more people will do the same.

Bálint Fabok is an award-winning journalist with 10 years of journalism experience, currently working at G7.hu, a business-focused online magazine. He covers corruption, climate change and the social dimensions of the Hungarian economic transformation. Fabok holds a master’s degree in international relations from the Central European University. As a Humphrey Fellow, he seeks to improve his skills in data and investigative journalism. He also aims to experience a broader view of the American media.

View all posts by Balint Fabok →