In our first week of class, we were told to go on a scavenger hunt in search of five different objectives: 1) a visual representation of leadership 2) a visual representation of management 3) a non-verbal quote 4) a quote from somebody over the age of 50 and 5) a quote from somebody with a different ethnicity. The non-verbal quote was definitely the easiest for my partner and I, but it was probably the thing that stuck with me the most in a class about leadership. The quote we found was painted on the wall in the Cronkite building on the second floor, a quote from Thomas Jefferson about the importance of journalism. It reads:

“Were it left to me to decided whether we should have a government without newspapers, or newspapers without a government, I should not hesitate a moment to prefer the latter.”

The fact that such a quote could come from such an important individual in America’s country, a person who would eventually become president himself, speaks volumes about the importance of our industry. The quote itself talks about the importance of the press being leaders in their own way as watchdogs of government, but by saying these things, Jefferson is a leader in his own right for being wise enough to understand that importance.

It was this quote that eventually led me to push for our group to do our film project on the movie “V For Vendetta.” We had originally planned on doing it on “Bridge On The River Kwai,” but couldn’t get a copy to watch. I was quick to suggest my favorite movie of all time because I knew that my group would not only enjoy it, but also be able to discern the clearly different styles of leadership employed by the film’s major characters.

While the protagonist V and the antagonist Chancellor Sutler both have no aversion to using violence to lead, V is a man of the people and leads by serving the people. Sutler leads by commanding them in a fascist dictatorship, the exact evil that journalism helps to protect the people from. Although the film is fiction and the only reason the chancellor gained so much power was through a made-up time of terror filled with war, famine and disease (explained in this clip), it really makes you wonder what would happen if such a scenario ever occurred. Would the freedoms of speech and of the press make sure our other rights were preserved? Or would Jefferson’s fear of government without newspapers arise? 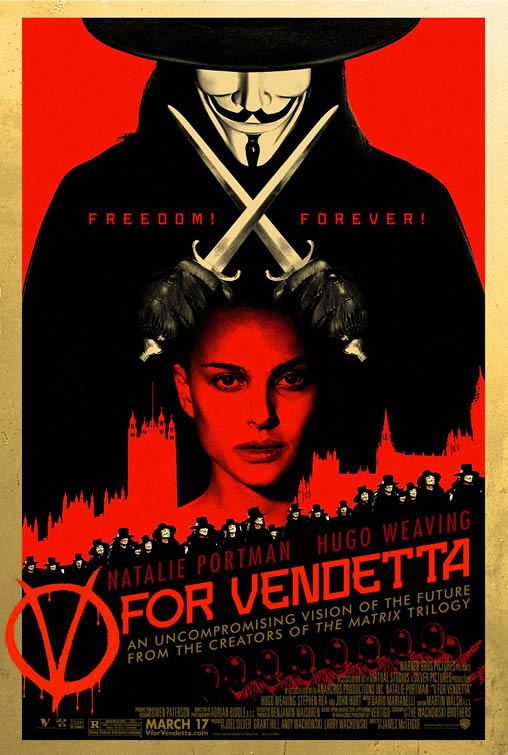