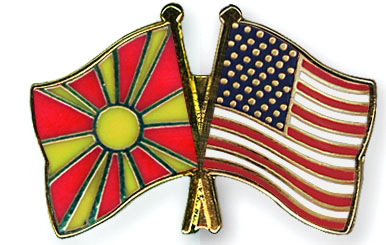 Today is 9/11 an important date for USA  and also important year for my country-Macedonia.This date was  painful  day  for both countries.On  9/11 America was treacherously attacked by terrorists who cowardly hiding behind an Organization that propagate violence. Main goal of their attack were the World trade center buildings in New York and the Pentagon. Many of victims  were ordinary people and among them  were police officers and firefighters who bravely doing their job trying to save lives .The same year my country  Macedonia was attacked by those same terrorists who mainly cast from Kosovo and killed innocent people, burning churches and killing Christian population. Like our  American brothers, we have  also passed  in the greatest pain which united us as a nation together  and defeat those who do not believe in democracy and living in what is called free world . 2001 was a good lesson for both countries,we were shoulder to shoulder together  struggling under the same flag in Iraq and Afghanistan fighting  for  better future of the world. It was a pain and tragedy that united  two nations that are geographically very far but ideologically very close . So as  a Macedonian I want to my American friends and the entire American nation to say that Macedonia and Macedonians will forever be  by your side  in the fight for  democracy,freedom  and basic human rights . I personally want to express my respect for  all the victims of that fateful day and let us never see  such a thing, because  I believe that no nation should  pay such a tragic price. Rest in peace heroes. In joy and  pain UNITED WE STAND!!!

View all posts by deni.donevski →

One Comment on “My American Friends you are not alone; UNITED WE STAND!!!”