From the start, both President Obama and Gov. Romney were prepared and anticipatory of one another. Though both candidates were mutually polite, I couldn’t help but notice insinuated sarcasm at times, especially from Obama’s “1980s” remark in response to Romney’s opinion on how U.S. foreign policy should be, sparking the oft-tweeted “horses and bayonets” expression. Meanwhile, Romney emphasized that he would not be giving Russia’s Putin more “flexibility after the election,” referencing Obama’s open-mic comment to then Russian President Dmitry Medvedev in March. 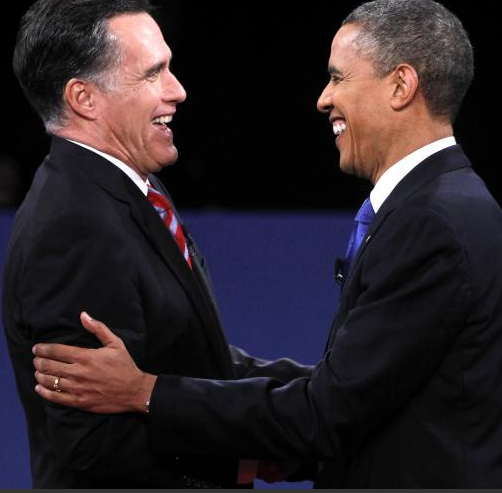 Though they markedly differed on U.S. military tactics, Romney seemed to reflect Obama’s views on other issues, including his sanctions policy in Iran and scheduled deployment for remaining Afghan troops. I understand that outlooks and views on how to potentially handle such important issues can change (and can’t imagine making such decisions myself), but I thought some of Romney’s previously contradictory viewpoints to Obama on issues such as those above that seemed to now be mirror agreements was a little confusing. For a leader, one must be firm in viewpoint and opinion, and if these are so to change for what he/she believes is for the better, then it should be done in a more confident manner that still separates you from your political opponent.

I also thought it was interesting that the two constituents and debate moderator Bob Schieffer seemed to completely ignore other important international issues, such as the Mexican drug war and the Eurozone crisis.

Nevertheless, Obama remained an attentive and sharp leader, while Romney closed strong, reminding viewers of his “bipartisan balance,” recalling a nostalgic Reaganesque era, during the debate.

We’ll see how their proverbial “horses and bayonets” from the last three debates will carry out at the polls in two weeks.