As a first-time U.S. presidential election voter, still unsure of who will get my vote, these debates have been critically important to me. Moderated by longtime CBS broadcaster Bob Schieffer, this third and final presidential debate stayed more on track than its predecessors, though the transitions between speakers were not always smooth. 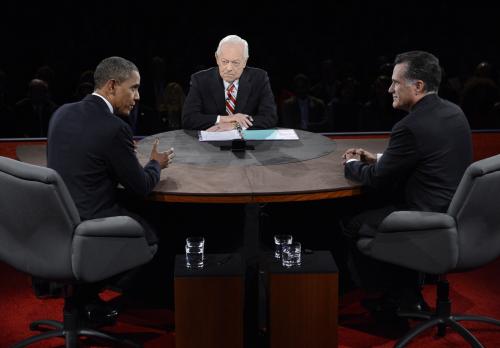 While the debate certainly got heated at times, it never ceases to surprise me that both candidates actually agree with each other on many issues. I counted multiple instances of President Barack Obama starting his rebuttals with the concession, “I’m glad that Gov. Romney thinks this way, because…” which goes to show how many of their ideologies overlap. The fact that both candidates have relatively moderate views on many core issues is I think what is making it so difficult for me to distinguish a clear personal favorite in this election.

That is not to say, however, that incumbent was not more aggressive this time around. Throughout the debate, he blatantly called out Romney’s former statements and opinions on foreign policy as flat-out “wrong.” However, I worry that at some points the candidates seemed too focused on attacking each other’s personal political actions, which took time away from the key topics, i.e. how they would proceed as president.

One of the best questions I think Schieffer posed was on the candidates’ opinions of America’s purpose in the world. Romney, citing that constituents are inclined to vote for peace over war, said we should promote the philosophy of peace and cooperation to areas in conflict around the world. However, in order to have this influence, he said that America must first be strengthened at home. His plan includes reducing the national debt by cutting federal spending, and creating jobs for citizens. Obama answered that “America remains the world’s one indispensable nation,” stating that US is stronger today than when he began his term in office. The president did not disagree with Romney: he said America must make changes at home in order to be successful overseas. He said he is positioned to project our nation’s world leadership by rebuilding America as well, which entails bringing manufacturing jobs to the U.S., controlling our own energy, and investing in businesses and education systems. So both candidates aim to maintain the U.S.’s status as an international leader by first fixing our internal issues first – they just have differing ideas of how to solve those issues. 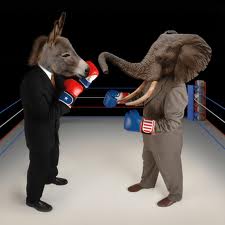 The focus of the final debate was foreign policy, though the subject did tend to stray. When asked what is the greatest future threat to U.S. national security, Obama said terrorist groups, while Romney said a nuclear Iran. Yet both agreed that China is a major contender, with Obama insisting that the powerhouse should be required to “play by same rules as everyone else.”

In his closing statement, Obama noted that he has spent the last four years digging out of policies that got our country into extensive wars and national deficit, policies he claimed Romney wants to bring us back to. That was a powerful point that had me leaning in Obama’s favor. But then I was right back to the middle after Romney’s compelling response. He said that Washington is broken, and America needs a president who can get along with the other side of the aisle (he referenced working with an 87% democratic majority in his home state of Michigan). As someone who doesn’t identify solely with either party, this notion resonates with me. I don’t think our future lies in left- or right-wing extremists, but in compromise, and making decisions that suit the majority of our population. At least it’s good to know that no matter who wins the 2012 election, our next commander-in-chief has solid faith in future of our country.