Being a HHH Fellow for 2012/2013 opened to me one more opportunity which actually happen every 4 years… To follow from “first row” in a way Presidential Elections.. And also to see what are the challenges that Americans are facing and how that can compare to my country back home.

Since I am adult (In Bosnia and Herzegovina that happens when you are 18 years old) I am voting.. and I am in a way angry on all young people in my country because they don’t vote.. they pretend to be ignorant or just lazy, with same excuses for ages.. Like “They are all same” or “My vote is not going to change anything”.. And voting is minimum of our responsibilities as citizens of our country.. There are plenty of other issues related to the politics of B&H and this blog is not about that..

But looking PR campaign for USA Presidency was in a way biggest show which we can see today in this planet… Main messages were about what other candidate is not good in, not so much about issues which are actually quite important for America today. But that is some kind of fashion, which also is becoming a little bit mainstream also in some places in Europe.

I have listened so many analytical researches, different points of view to previous elections, current elections.. Results everything… and yesterday I just felt totally fed up with all those stories.. But we know that all World is following those elections, and no matter fro which country we are coming it is important who is going to be leader of USA, because we know that will for sure influence a lot also our political situations.

In Bosnia and Herzegovina, my friends and the others I believe, are definitely fans of Democrats.. Based on different issues, health care, women rights, liberalism, etc.

Being here and following all campaign debates etc. I wanted to feel rhythm and opinions of locals. While I was in Buffalo, NY State people are mostly colored in blue, what means that they are Democrats. So I was listening a lot about that point of view, Arizona is mostly Republican state so it was interesting to observe that point of view as well..

Last night we went to both centrals here in Phoenix, republicans and Democrats.. And what I didn’t like in Republicans part are insults.. campaign based on humiliation of the others.. They were selling t-shirts, which personally I don’t consider funny, just out of god taste.. (some examples on pics under.. no comment… 🙁 ). No matter if you like or not someone’s opinions statements at the end as a person you should have certain values and behavior.. or it is just from my point of view.. Opposite to that in Democrats center I haven’t seen anything, which is insulting the Republicans.. and you could really see a lot of young people definitely all races, nations…

And reading and following different medias, some info’s were that a lot of American Banks were supporters of Romney’s campaign, financially.. And Obama actually got a lot of support using social media networks and young population, which could donate just small amount of money through different online tools….

So that shows that voice of young students can be more powerful then voice of maybe rich people? Don’t know if this is true.. But from perspective of someone who really believe in changes and equality that sounds really optimistic to me, and I took that as one of the biggest messages from this campaign! 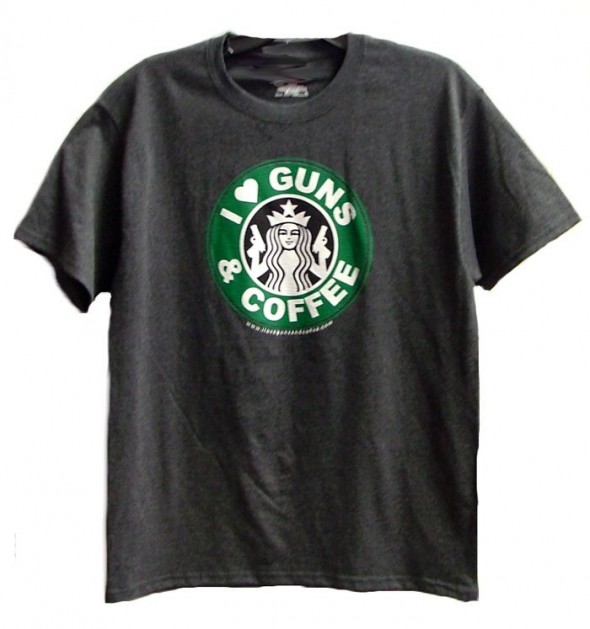 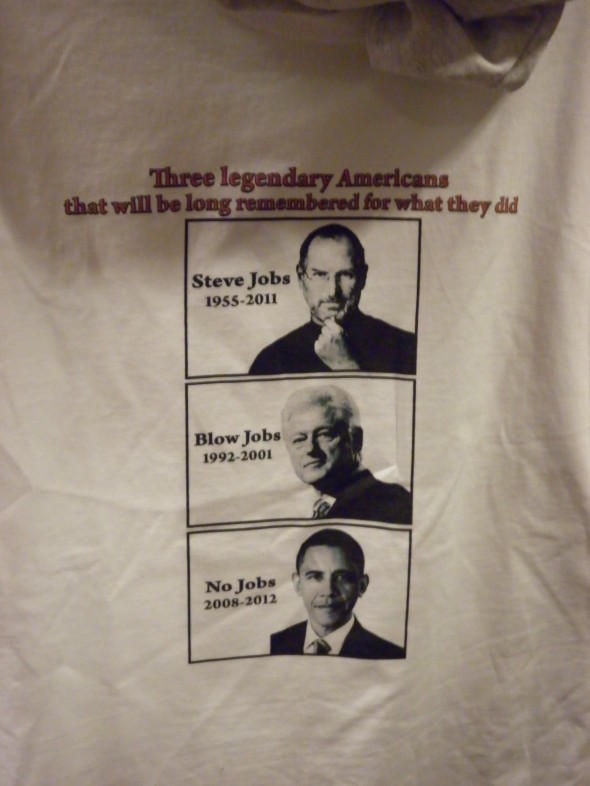 Republicans were selling those t shirts… is this PR?

Written by: Alma Telibecirevic on November 7, 2012.