It appears the polls and their pollsters were right predicting Tuesday evening’s outcome.

While political pundits estimated a tight race between Romney and Obama based on conventional political wisdom and experience, mathematical whizzes, like New York Times blogger Nate Silver, applied numbers to predict which candidate would win. Most concluded way before election day President Obama would win a second term, which he did, winning both the popular and electoral vote. 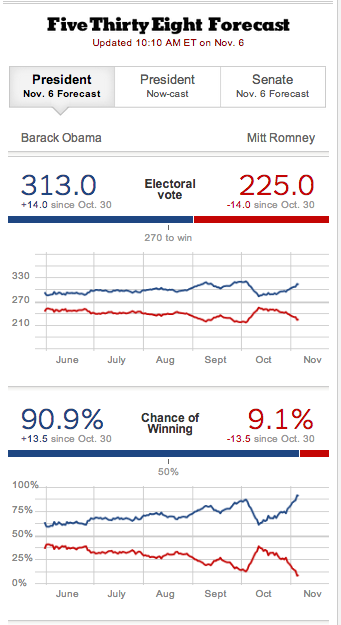 Nate Silver’s predictions off his FiveThirtyEight blog for the New York Times.

Scott Elliott, a computer engineer in North Carolina who operates the site electionprojection.com, said he depends heavily on hundreds of data counts conducted by state and national polls taken throughout the course of the election season. By aggregating data, the mathematicians then average the numbers and use high-powered processors to run “tens of thousands” of simulated elections, ultimately basing their predictions on the most frequent outcomes.

On Monday, Professor Doig noted that statistical margin of sampling error depends on the size of the sample, not the size of the population. In each poll, conducted by groups including Gallup, Public Policy Polling and Rasmussen, the margin of error might be 5 or more percentage points. By combining all of them, that error margin diminishes almost to zero, said Wang, who also predicted Obama winning the Electoral College.

Even when events happen that may seem to make or break a candidate’s progress, such as Romney’s “47%” comment, the final result remains negligible even though the polls may temporarily respond.

In short, the more data on hand, the more accurately outcomes can be predicted. 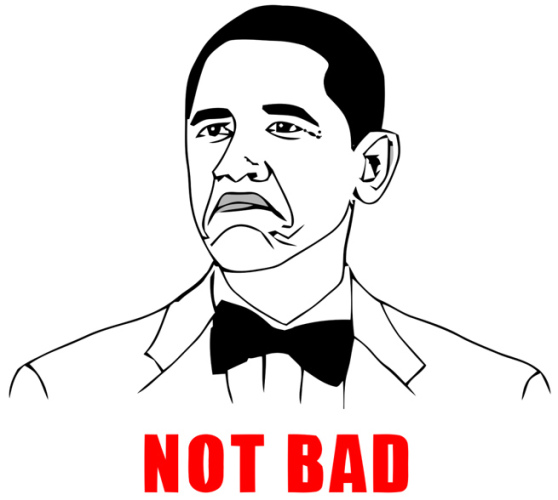