If you live in America, chances are you’ve heard someone complain about being “too busy.” You’ve heard the exhausted sigh as someone declines a lunch invitation, too “crazy busy” or “too swamped” to take a break. You’ve seen the slow development of dark under eye circles as the week progresses, and witnessed the slight panic that accompanies an empty coffee mug. You’ve felt a few brief heart palpations as you pass someone sucking down an oversized energy drink or “big gulp” Diet Coke fit for a giant. 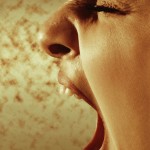 No matter where you are or where you look, it seems like Americans are tired. And not just a one time, didn’t-get-a-good-night’s-sleep tired. They’re always tired.

According to a 2012 article by the Washington Times, Americans work an average of 35-hours per week, exceeding most industrialized nations.

In fact, the average total work hours of Americans exceeds the Danes’—ranked the second “happiest” country in the world—by almost 200 hours, according to the to the International Labour Organization (ILO).

The U.S., on the other hand, dropped from 10th place to 12th place on the list this year.

Coincidence? I don’t think so.

Americans seem to have a sick obsession with being busy. Most people I know feel guilty or anxious when they have free time. They willingly give up vacation time, sleep and some of life’s little moments to work that extra hour or hit that deadline.

Though I, too, often pride myself on being busy, I’m starting to wonder if it’s all worth it.

Nearly one-third of American workers aren’t sleeping enough to function at peak levels, and that consistent exhaustion is costing U.S. companies $63.2 billion in lost productivity per year, according to researchers from Harvard Medical School.

Though people may be showing up to work and school, they’re preforming at subpar levels. It’d be one thing if all those hours of work paid off, but if we aren’t happy and aren’t productive, what are we doing it for?

I’d love to hear from some of the Humphrey Fellows and see if they’ve noticed this trend during their stay in the U.S. Are Americans simply hardworking, or does it seem we’re working too hard?

One Comment on “Americans and Work: Is Being Busy Really Better?”