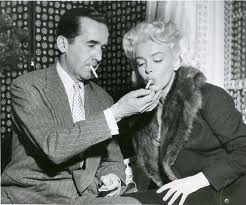 Mr. Murrow had this to say about television.

This instrument can teach, it can illuminate; yes, and it can even inspire. But it can do so only to the extent that humans are determined to use it to those ends. Otherwise it is merely wires and lights in a box. There is a great and perhaps decisive battle to be fought against ignorance, intolerance and indifference.”
― Edward R. Murrow

This statement might be talking about the boob tube, but it parallels the uses of social media today. Social media inspires revolution in other countries. Facebook and Twitter illuminate the feelings of movie stars, t.v. hosts, and people in our community. This media on the internet will only go as far as people engage in it, which has had amazing success. Social media has also given people a new way to bully others; to strip away a level of privacy that we enjoy when we don’t engage this medium. People do want to embrace social media are sometimes set back with ignorance, intolerance, and indifference.

Social Media might parallel T.V., but people are given responsibility of it’s content. Gone are television legends and the days of three channels. Communication is now a two way street among the public and public figures. We have gone beyond making social media lights and a box, but it is up to us to use it to defeat ignorance.