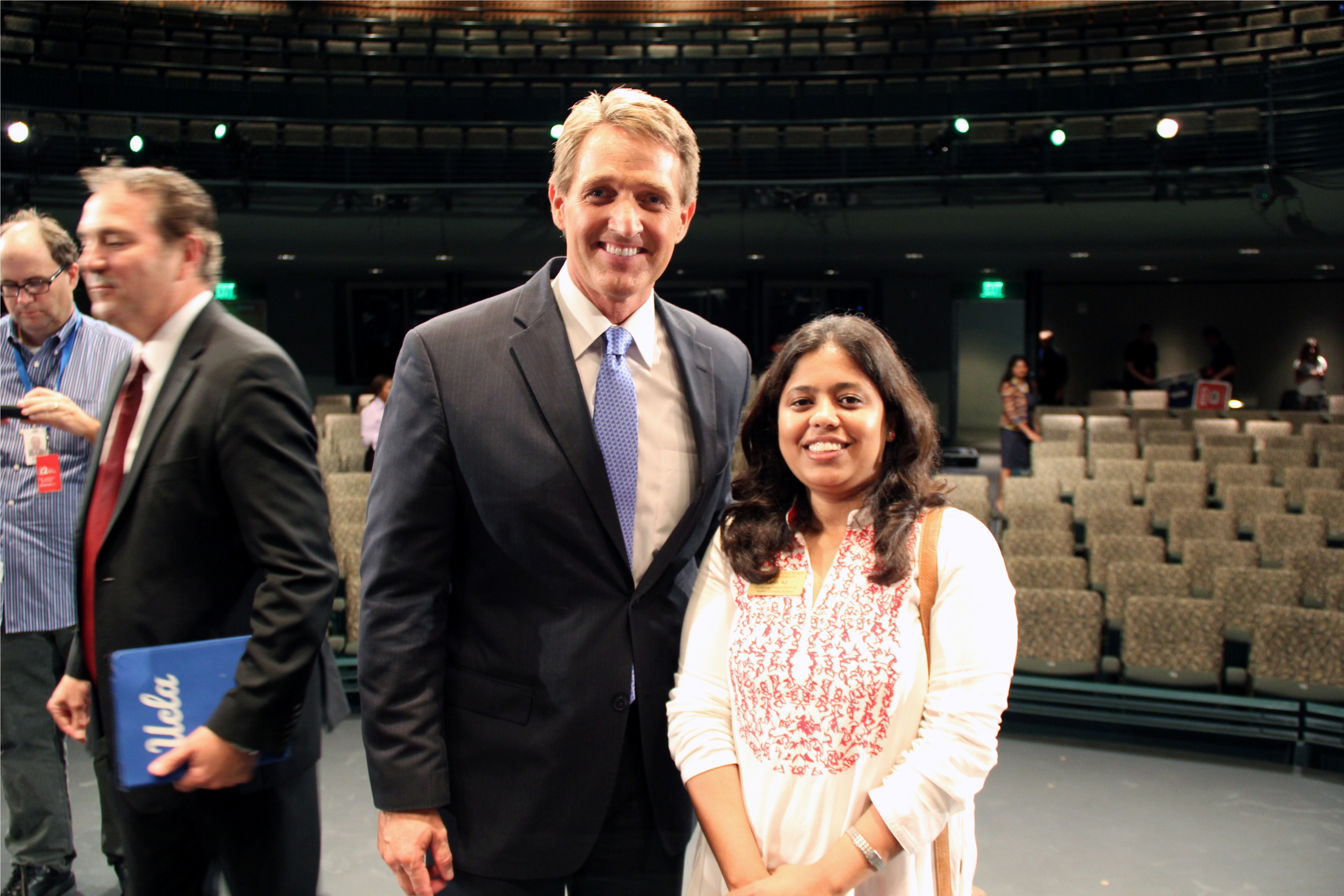 Today I attended an event ‘A CONVERSATION ON IMMIGRATION with Senator John McCain and Senator Jeff Flake’ at Mesa Art Centre. My knowledge on the topic is limited so my mentor advised me to go there as an outsider – to observe and learn – and try not to judge.

This is what I observed and/or learned at ‘azbordertalk’ (twitter name/trend of the event):