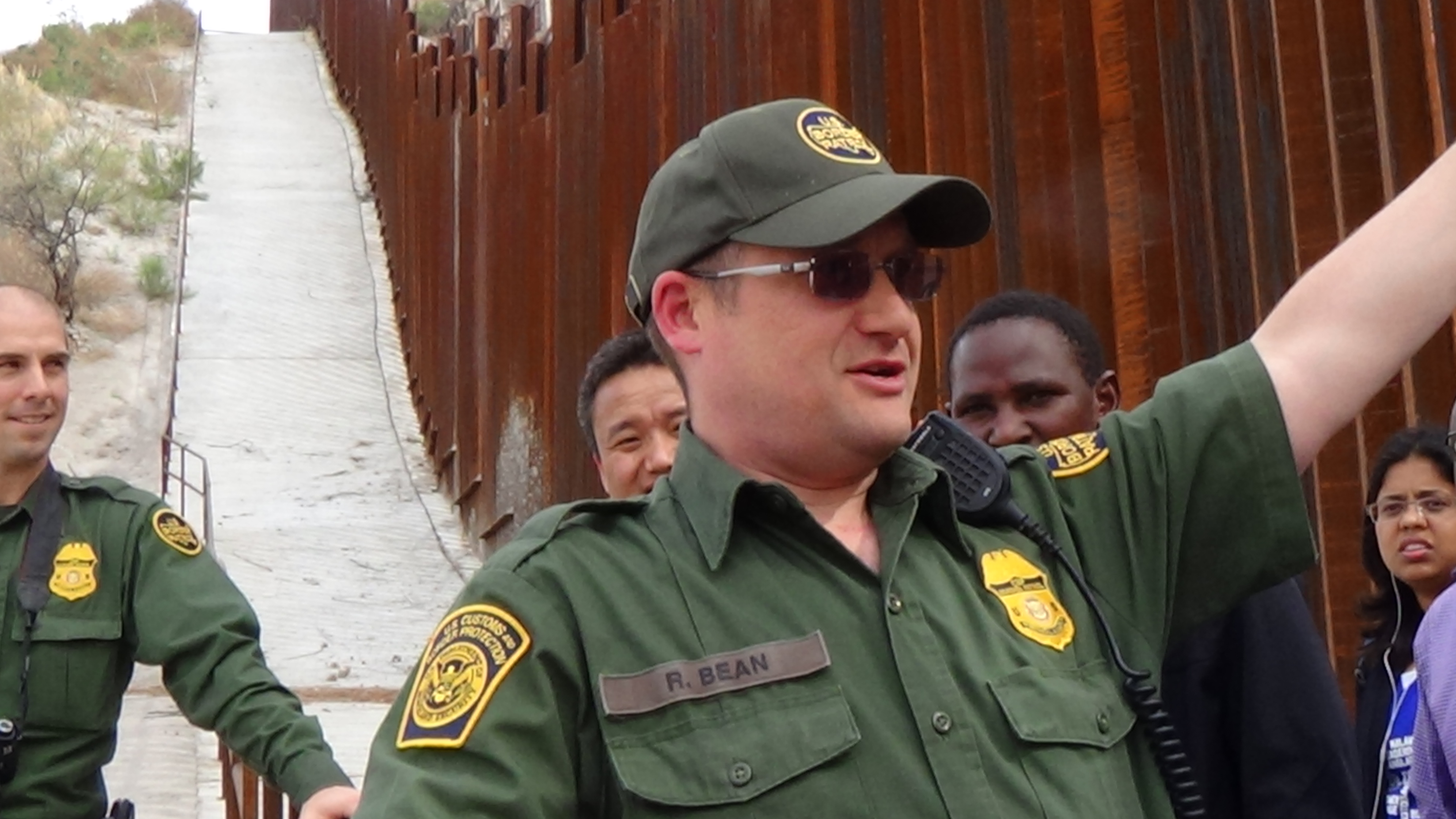 If they are some things I really got and took away through our excursion to the border I will no doubt mention: Engagement, trust, Commitment, loyalty and will of steel.

Our first stop on our way to Mexico border with Nogales, was the Native American reservation. In that place people are deeply struggling to educate, sensitize and teach right things to do to the Native. The…listed the challenges they face, and how they struggle to come out with success even less than what could be expected. They do not have the means that they would like to, but they keep on working, implicating their kind to get things right done and develop they nation. They cannot be achieving those duties without beliefs in their culture their ancestors, they mighty protector. I could get that sense of willing to go forward, no matter obstacles encountered. Many of them who lead the reservation could have gone away thanks to the skills and education they already got from white people in white education system, but they just do not, trying to raise the skills level of their kind to the interest of all the nation instead of that.

In the side of the border a wonderful school led by a strong director is being doing the best to educate and train the numerous left behind kids and young adults who have to take advantage of this chance to learn something make studies to far as possible and achieve success in their life. Here again, the school lacks enough personnel to gather all those people and teach theme at least what is being actually taught to the US standard. You can see the director being teacher in several subject classes, monitoring, watching the school goods and so on…with pleasure and passion in what he strive to achieve: help people poor and left behind reach their hope of setting up a better life.

Could someone achieve all that without commitment, engagement, trust in the fact that homeless and poor people do need help to their education and their future, loyalty to those who trusted him or his kind to never mess up in their promise, surely no? 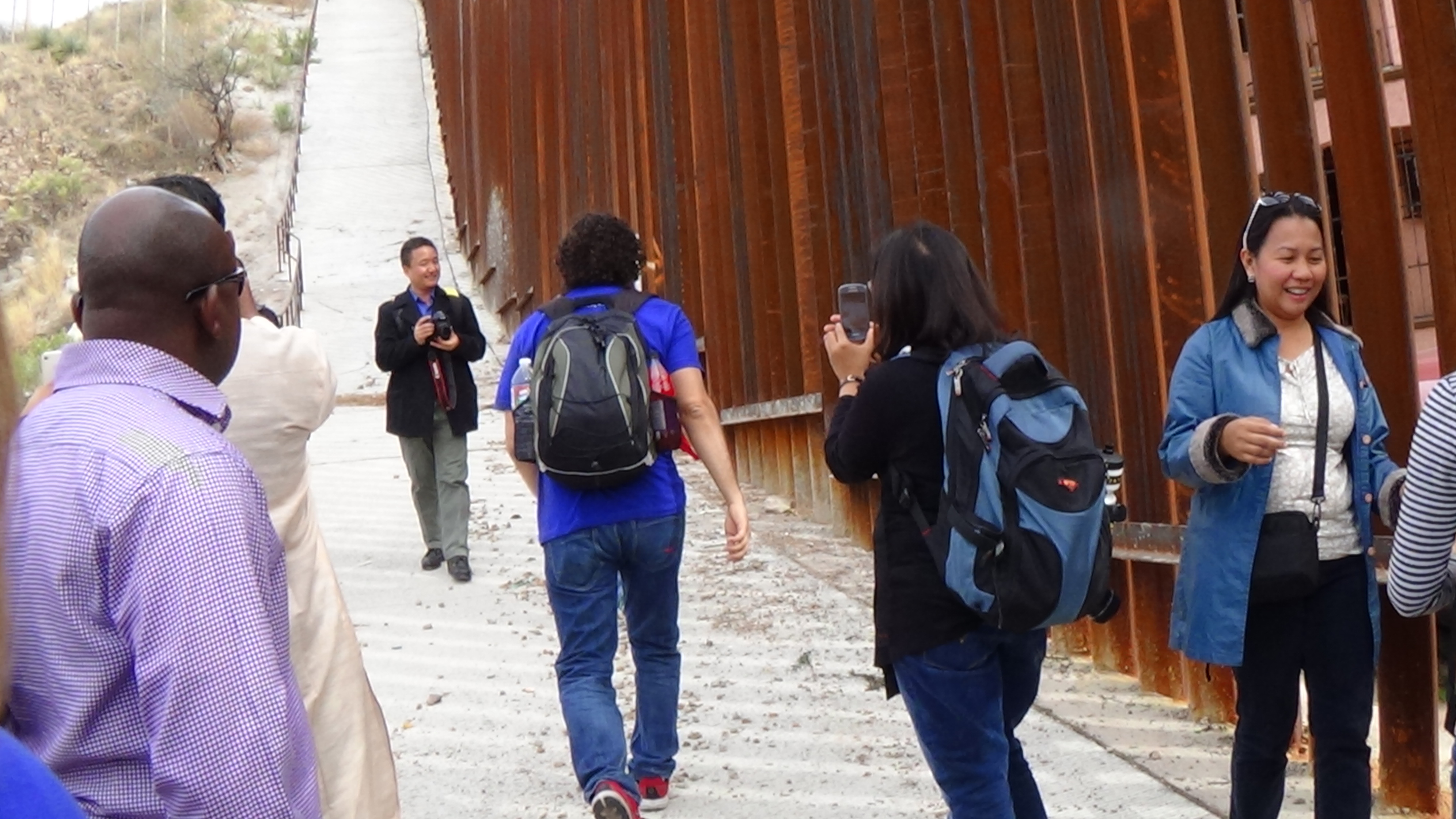 Going further with two nice border-patrol officers, I could make my idea on what I usually get from tv or newspaper, along with my colleagues. Officers R. Bean and D. Delap were truly involved to let us know and mostly, understand better about the Nogales/Mexico side border, along with it issues. What I got from there is that fight between illegal immigrant and Borders patrols, and particularly how those illegals try with a wide-range imagination to get to the US, including digging up tunnel underground, parking a truck in there and pulling each other out one by one on the US side. How the borders patrol officers face danger with angry illegal immigrant throwing stones at them, jeopardizing their officer’s life who never give up doing their job in which their trust to be well done in agreement with the US law, how they struggle to impose the law about going on a side or another between US and Mexico. A law applied not only with the head by with the heart. When pregnant woman about to give birth get caught, they are taken care off before being sent back to Mexico after delivery. Before getting there we were asked to carry our papers, so that we can avoid any coma back issue if we had to cross the border to Mexico. That is the conviction of doing something right, something according to one’s trusted mission.

Our last stop but not the least was our stunning meeting with Mr Joe Arpaio, sheriff of Maricopa County with whom we had a franc and discussion about those disputable facts which makes him so famous in the US and somehow beyond. He explained his chain-gang matter, the colors of prisoner’s underwear his controversy over Obama’s birth certificate and so. Sheriff Joe claimed to be doing what To Sheriff Joe, people trust him to do what is better for them that’s why he’s been elected 3 times in a row.

He argues that he does report only to those people who elect him. He is sure to make what he thinks right to do, and then doing all his best to get it done.

The Border patrol officer’s being threatened and getting into danger but still doing their job the best that they can.

Sheriff Joe who believes he may not be loved by many people as he think, because of what makes him famous, but still, he does his job to the limit he can. Making sure he follows his own principles, and that to his sense, he is doing it right.

Once again, it’s all about mind of steel, trust and commitment in what you do.