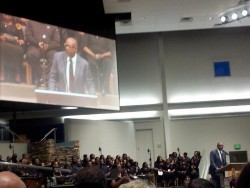 Last April 22, the ASU Center for the Study of Race and Democracy brought Forest Whitake as panelist for its event. Most of us know Forest Whitaker from his artistic standpoint. He is accomplished actor and producer, and vey known by performances in movies such as The Butler, The Last King of Scotland, Ghost Dog: The Way of the Samurai, and many others. But along with his artistic career, Forest Whitaker has been working as advocate for social justice with initiatives in USA, Myanmar, Africa, Mexico and other across the globe. In 2013, Boston’s University appointed Whitaker as Martin Luther King fellow. He is founder of the PeaceEarth Foundation; Unesco Goodwill Ambassador for Peace and Reconciliation, and 2012 the United Nations Correspondent Association Advocate of the Year Award.

The Forest Whitaker who I saw was a man who speaks slowly, stresses words and transcends calm. He gives  the time to us understand the power of each sentence. I didn’t take many notes as I expected. I was too absorbed by thoughts and insights that came out with his speech. I will try to share part of this rewarding experience from few quotes of Forest Whitaker, in my own interpretation. 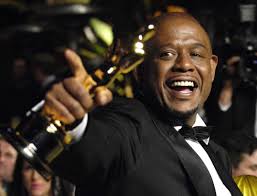 One Comment on “An inspiring night with Forest Whitaker”