Last week my fellows and I had the privilege to visit one of the oldest Native American’s parks, namely of the Indian nation Navajo, the Monument Valley. The park is one of the eight Navajo tribal parks located across the Colorado Plateau. With size of 91,696 acres it extends into two states – Arizona and Utah. Monument Valley is also known as the most majestic and most photographed point on Earth. Indians call it Tsé Biiʼ Ndzisgaii, which translated from Navajo language literally means the valley of rocks. Actually,the park literally represents nature-made numerous sandstone buttes, arose from material that eroded from Rock Mountain millions years ago.

When we think about Wild West and western movies, the landscape of Monument Valley comes up as the first picture in our minds. Hollywood director John Ford used the location for filming his most popular movies, such as Stagecoach, My Darling Clementine, She Wore a Yellow Ribbon, The Searchers, How the West Was Won etc. Perhaps the most famous movie scene shoted in Monument Valley is the moment when Forrest Gump stops running after three years of coast-to-coast run, leaving his followers behind blurred while anticipating leader’s next move. 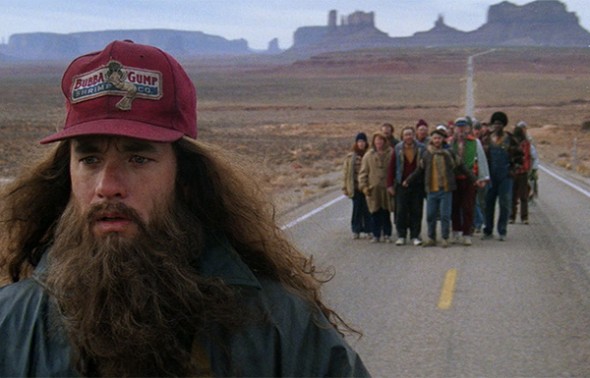 The journey from Phoenix to the Monument Valley took longer than I anticipated, yet in the U.S. everything is far to me, and close to Americans. After almost 9 hours of a bus ride, we have reached picturesque valley with breathtaking panorama of Mitten and Merrick Buttes. Our tour-guide Richard, born Navajo, actually grew up in the valley, shared interesting insights about his childhood and experience belonging to the Indian Tribe. Well, who could be the better choice for a guide than a native who was born and raised there?! Richard took us on an open jeep ride throughout the valley, occasionally stopping at beautiful sights, so we could enjoy the view and take pictures while he was suggesting what the rocks formations look alike. “See the profile of this rock. Doesn’t it look just like Alfred Hitchcock? What about this one, can you see Jesus Christ?” asked Richard. Incredibly he was right, it really does look like him! 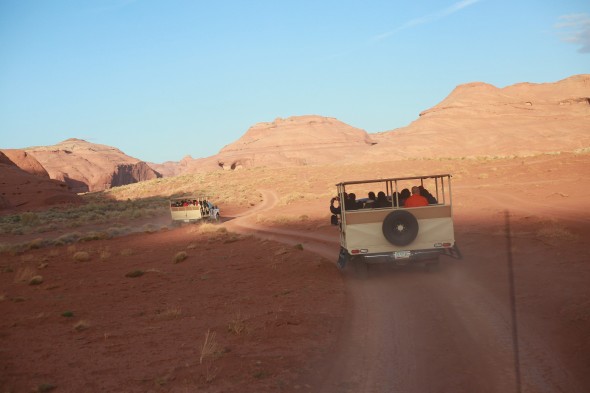 Our jeep journey ended in the middle of desert where we were hosted by the group of Indians providing us with typical contemporary tribe meal served under the starry sky. The menu consisted of fried bread, tossed with beans, tomatoes, greens, onion and a steak. After three hour ride, dinner was exactly what we wanted. And it was truly delicious! 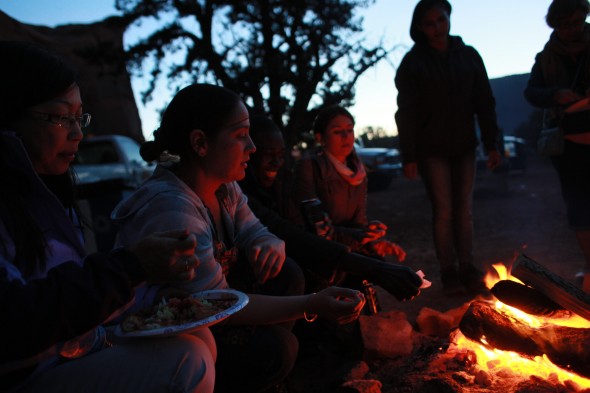 However, the thing that made the trip even more precious was traditional Navajo butterfly dance around an open fire. I could almost not believe where I was – having dinner somewhere in the valley and dancing with Indians. This was one of the stories one must share upon return to a home country. My year in the U.S. was definitely enriched with Monument Valley experience. 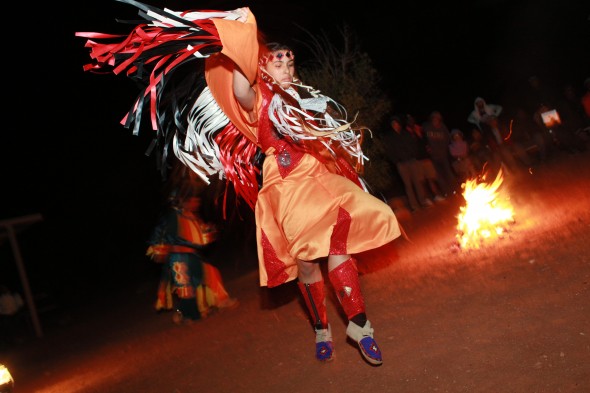