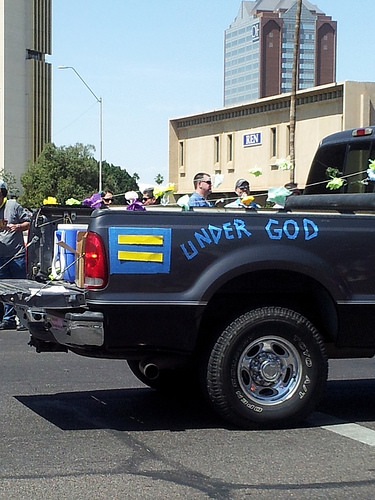 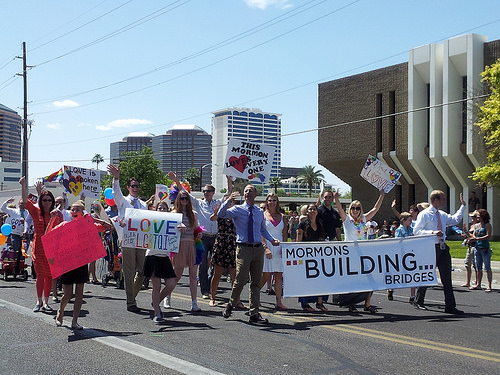 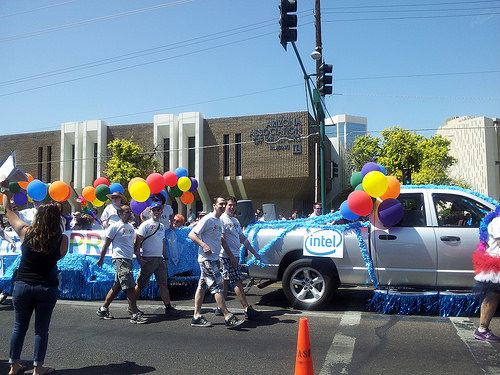 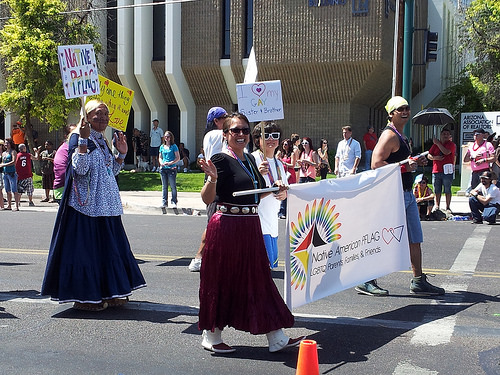 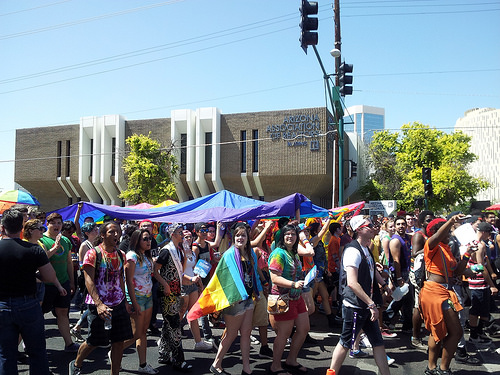 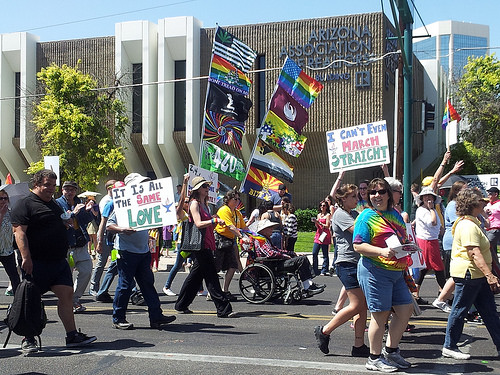 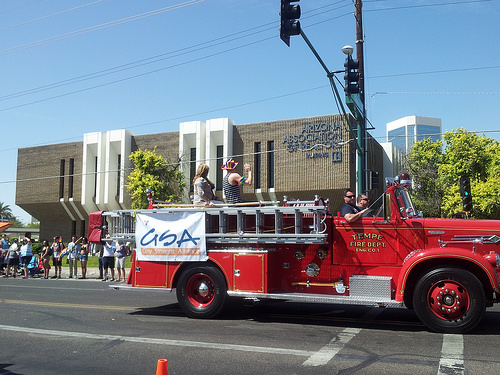 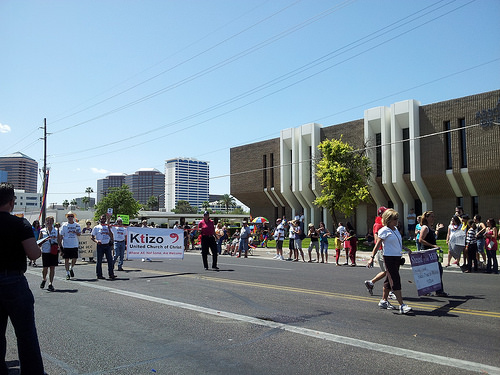 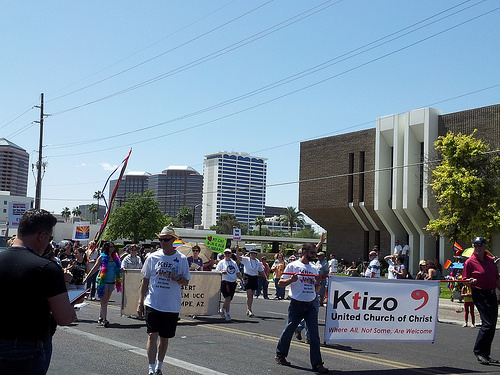 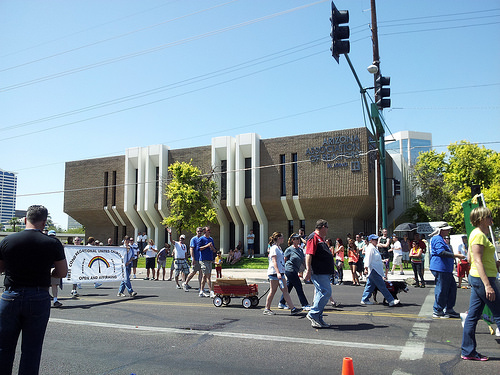 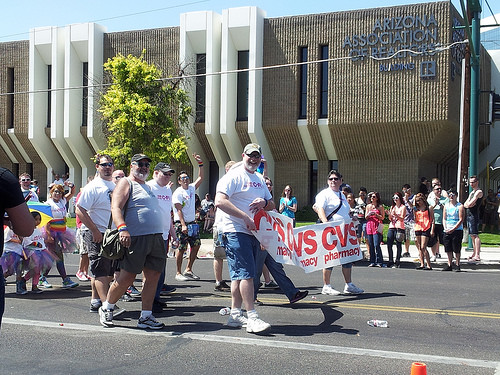 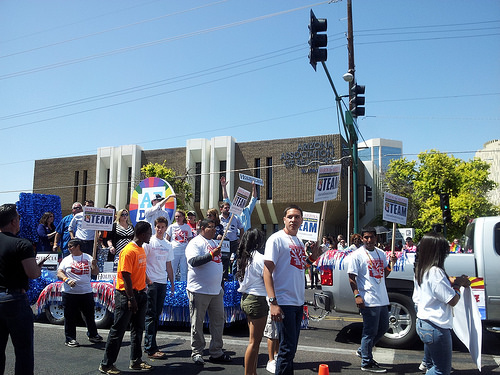 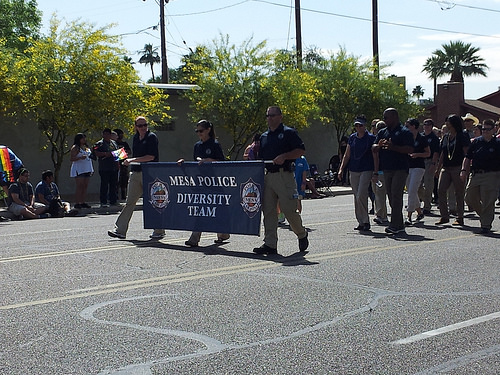 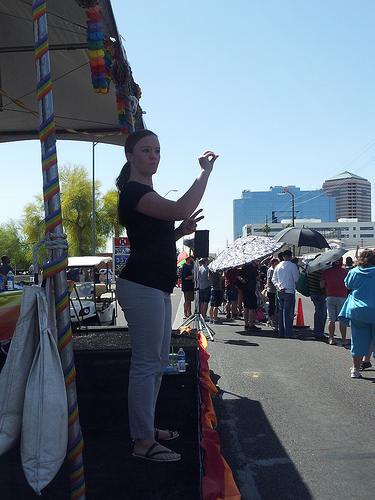 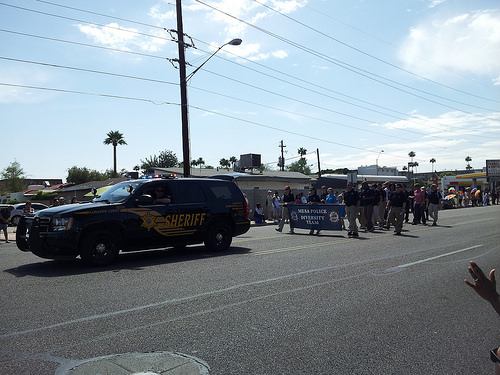 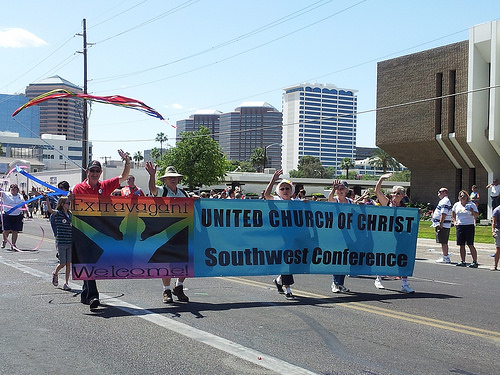 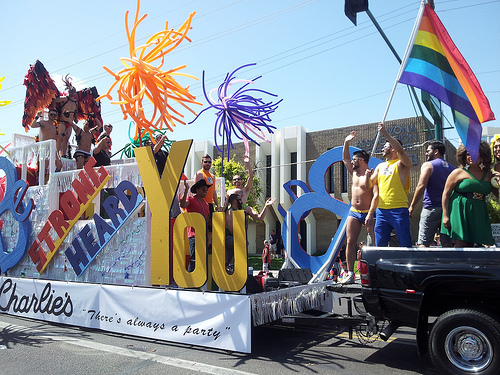 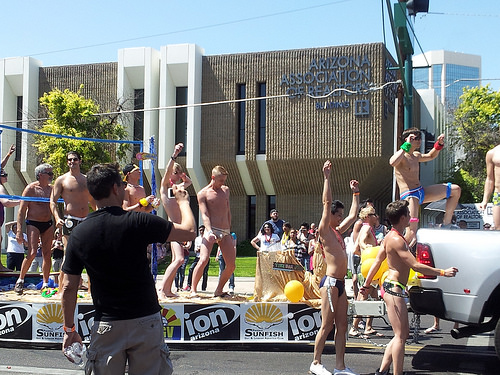 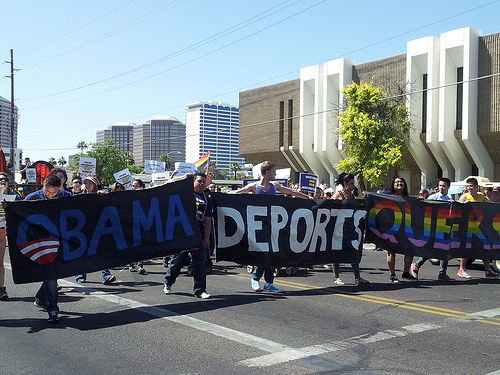 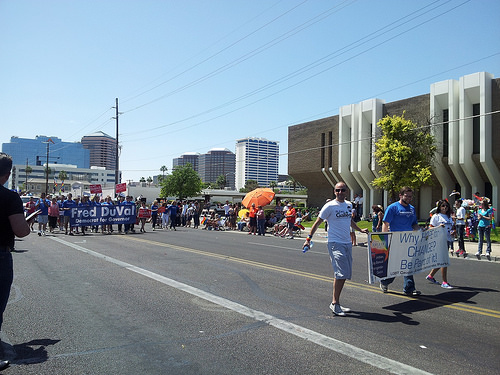 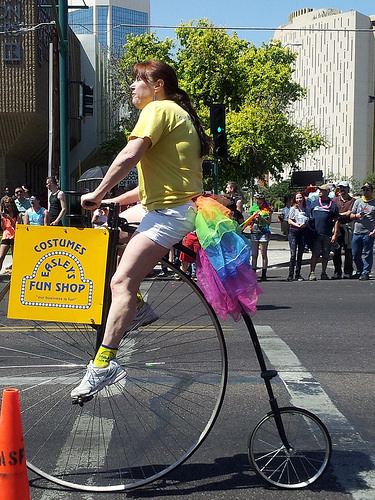 Two weeks ago, exactly April 5, I went to the Phoenix Pride Parade. I was impressed by the presence and support of different religious groups. I did not interview any of these religious representatives, but I understood that they were not there to “convert” anyone on straight. Some participants, including same-sex couples, said that they participate in these churches for some time. The message I got from that it was that gay people as everybody should be included in their communities.

The parade itself was beyond the ghetto stereotype and some nonsense parties. The LBGTQ movement opted for a different social position to play. It coordinated a demonstration of power and influence in all social sectors. Brought to the street, men and women, families, and institutions such as police department, fire department, companies, universities, candidates and political party affiliates of Democrat, and small indigenous group.

Here also is not easy being a gay. Arizona is one of the most conservative states in the United States. Not long ago, the House of Representatives passed a law, vetoed by the governor, which allowed to business owners denny services to individuals based on their religion believes (Read more here). From examples like that, in USA or Brazil, The Gay Parade should be used as strategic moment to raise awareness and mobilize people to fight against discrimination.