Batman is around since 1939 (first launch by DC Comics). He character has gone through several transformations in over seven decades but the foundation character hence of his world and life remains the same. He is probably the only fictional heroes who has been living in several different stages of life (young, old), his character is one of the most comprehensive works of fiction I have come across.

So everyone knows that Batman is the secret identity of the Bruce Wayne, of Wayne Enterprises, a billionaire. Bruce sees his mom and dad shot in cold blood and that memory haunts him for the rest of his life and at times becomes his (only) weakness. He sets out to avenge their death, to get justice but realise that killing the murderer wouldn’t make his nightmares disappear but he finds solace in idea of saving people from the crimes and criminals. He takes on a secret identity, an everlasting and stirring idea. He eventually becomes the most influential member of Justice League of America and saves the world. He is also known as ‘the Caped Crusader,’ ‘the Dark Knight’ and the best detective in the world.

WHAT MAKES BATMAN’S STORY SO COMPELLING FROM LEADERSHIP’S POINT OF VIEW?

Bruce uses Batman’s identity as a dramatic example which he uses to stir people out of apathy (and even inspire). Real world leaders use dramatic examples too. I don’t think people in the world would like Gandhi better if he had worn typical Indian dress or branded clothes. I think a reason Gandhi made huge impact was the appeal of his physical outlook. The reason people find Nelson Mandela so inspiring was the fact that he borne imprisonment for 27 years.

“As a man I’m flesh and blood. I can be ignored. I can be destroyed. But as a symbol, I can be incorruptible, I can be everlasting.”

Batman’s character is not free from contradictions. Batman does not kill people because he doesn’t consider himself above the law but he does break other laws. He even gathers intelligence illegally but it is all meant for greater good and sometimes he end up creating a threat for himself and the very people he wants to protect. So Batman makes mistakes and sometimes he has to pay heavy price for these mistakes.

Batman is a loner and he has trust issues. Well a lot of superheroes are sort of loners and geeky hence not trusting other people but Batman’s loneliness stems from his childhood memories and the inner voice which keeps telling him to help his city, his people else he is nothing but a hollow shell. I don’t think real world leader feel like hollow shells but they do have inner voices and I think bigger leader have stronger and louder inner voices – inner compasses that guide them into the right directions. 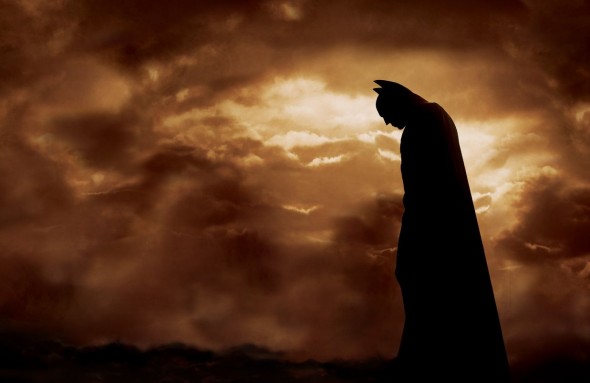 The Caped Crusader is also a great example of workmanship, he creates his tools, weapons and whatever he needs. He also uses the best technology (probably not as tech savvy as Iron Man) available. Obama’s first Presidential campaign was especially known for using new social media avenues and technology. He has an extraordinary set of skills something all leaders strive for through out their lives so they could achieve their objectives.

He is the only human being in the group of immortals and indestructible members of Justice League of America. He knows his limitations as a human being and this is the reason he always manage to compensate for those limitations with help of technology, knowledge and just by being smart.

Unlike other superheroes Batman does a lot of research, he is known as ‘world’s best detective’, he plans everything.

Batman’s character has been created in different stages of life and one of the most persistent element is the nightmares about his parents’ death – it is a propelling force, the motivation, which keeps him on his toes. I would love to know what kind of nightmares great leaders have, if they have any.

Batman is the only superhero who does not have any superpowers…so he doesn’t have any super strengths, his life doesn’t depend on being a superhero (remember Tony Stark) he is a superhero because he chose to be one. Some people confuse his agility with superpower but he actually does not fly from one building to another. He has trained himself with help of other people to reach to that level. He travels a lot. Ain’t this what a lot of leaders do? I couldn’t find a single leader (through google search) in the world who reached the heights without persistence and hard work.

He hasn’t discovered himself, he has created himself. I think all of us can create ourselves as leaders and we don’t have to wear capes.

3 Comments on “BATMAN AND NON-FICTION LEADERSHIP”