“If you want to build a ship, don’t drum up people together to collect wood and don’t assign them tasks and work, but rather teach them to long for the endless immensity of the sea”, these are the words of Antoine de Saint-Exupery, one of my favorite writers, which can consolidate the philosophy behind a term – servant leadership. So, what does it mean to be a servant leader? Robert Greenleaf, was a first who introduced the term in 1970, in his essay “The servant as a leader”, where he, among the rest, stated:

“The servant-leader is servant first… It begins with the natural feeling that one wants to serve, to serve first. Then conscious choice brings one to aspire to lead. That person is sharply different from one who is leader first, perhaps because of the need to assuage an unusual power drive or to acquire material possessions…The leader-first and the servant-first are two extreme types. Between them there are shadings and blends that are part of the infinite variety of human nature.” (https://greenleaf.org/what-is-servant-leadership/)

His essays (The Servant as Leader, The Institution as Servant) became so popular, that servant leadership becomes a part of leadership theories, which in past were distinguished in three basic styles: autocratic, participative and laissez-faire. However, this segregation is considered to be too narrow, as opposed today when we are facing many leadership theories, such as situational, functional, traits, behavioral… 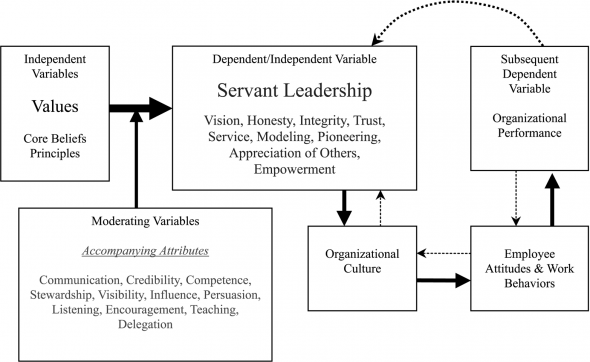 Who are/were people with these features?

All those who have helped others, who had a vision for the greater good, a better and just society, putting needs of others before their own. Just to name a few most known: Mahatma Gandhi, Mother Teresa, Martin Luther King Jr, Abraham Lincoln, George Washington, Cesar Chavez, Robert K. Greenleaf, and Nelson Mandela.

One Comment on “Features of a true servant leader”