When I first heard Bob Schieffer, CBS news anchor, speaking last Monday at 30th annual Walter Cronkite Award for Excellence in Journalism, I understood why is he considered to be nation’s number one anchorman.

He spoke clear, concise, argumentative and critical as expected from every professional journalist. His career is impressive: 23 years serving as an anchor at CBS Evening News, chief Washington correspondent, moderator of the show Face the Nation, moderator of presidential debates, winner of six Emmy awards, named as broadcaster of the year 2002, and list could continue…

Schieffer talked about new era of journalism, namely digital era and social media, which brings more danger than responsibility, redefining our view of privacy. However, he was strongly defending his point that journalism is not a dying industry but more necessary than ever, since we are living in more complex world today.

“Democracy as we know it cannot exist unless citizens have independently gathered information that they can compare to government version of events. Unless you can have that, our government, our democracy, cannot exist as we know it today. The access to accurate, independent gathered information is as crucial as the right to vote,” argued Schieffer, which brought him a loud round applause from the audience.

Once again we heard the simple truth. The truth about importance and role of media for democratic society to sustain. As Schieffer nicely put “journalists do not work for government, they watch the government.”

However, digital era has brought several shortcomings to perception of democracy and idea of journalism. Anybody with iPhone, iPod or laptop can call themselves a journalist, as news can be transmitted fast without prior ethical review. He especially emphasized these attempts to influence individual’s or nation’s faith without analyzing the impact that could bring.

“Social media is fine, tweets as such are nice, but journalism is not about scratching the surface, it is about going beneath the surface and finding the truth. The government keeps too many things secret, we all know that, but obtaining and releasing mountain of documents just because it is classified with no thought weather it may harm, endanger or put citizen’s safety at risk, is not journalism it is the height of irresponsibility.”

Schieffer sees a danger in such information accessibility and rises a question – why does the change in technology happens first before we learn what to do with it? I would definitely agree that it brings more challenges to communicators and journalists. 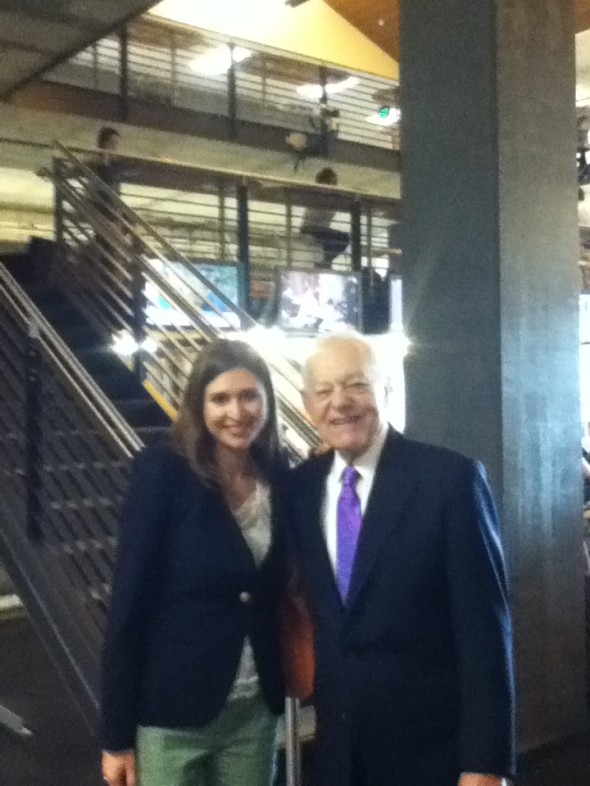