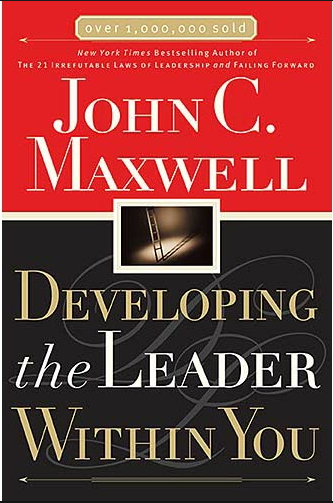 In an article published in The Last Days Newsletter in 1986 a story is told by Leonard Ravenhill that a group of tourists visiting a picturesque village saw an old man sitting by a fence. In a rather
patronizing way, one of the visitors asked, “Were any great men born in this village?” Without looking up the old man replied, “No, only babies.”

John Maxwell’s book Developing a Leader Within You answers these questions with a resounding yes. The book focuses on helping the reader learn how to lead. John says everyone can become a leader. He defines leadership as influence. It is the ability to obtain followers. He writes:

If you have developed relationship with your followers and you are able to discover and addressed their needs, you have moved to the second level of leadership called permission. Here your followers work for you gladly without being obligated. John repeates:

“People don’t care how much you know until they know how much you care. Leadership begins with the heart, not the head”

The third level of leadership is called production. This is the level where you and your team are producing results and everyone is motivated to achieve more. Everyone is result oriented.

The fourth level is people development. Leaders who have achieved this level spend a great of time developing their followers. Here the people follow the leader because of loyalty. Why? You win people’s hearts by helping them grow personally. How much time are you spending on empowering your followers? John reminds us:

The highest level of leadership is personhood. Here people follow you because of what you are and what you represent. It is not easily attained and those who achieve this level are large than life.

What leadership level you are now? Position, Permission, Production, People development or personhood? I would like to know.

One Comment on “Are you leading or taking a walk?”