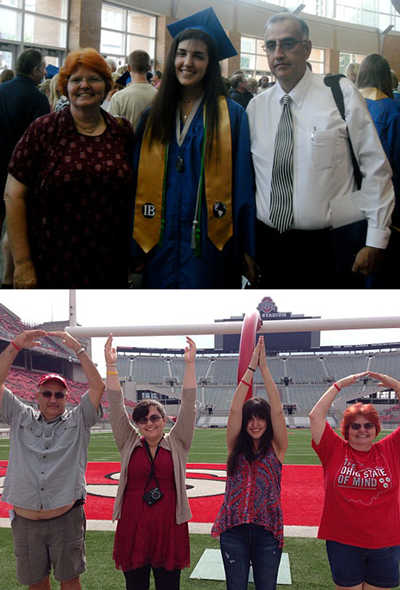 As long as I can remember, my dad, a mechanical engineer by training, has managed factories creating telecommunication equipment and software. It’s not his passion, but it provided well for his family, something he cared about. My father prefers working with his hands — he started in construction — to being placed in an office. But when he’s asked to do something, he completes it.

When I was younger, union negotiations were common. Managing factories and hoards of employees for a company that constantly changed owners made this a reality. When my mom returned to the factory floor (electrical engineer by training), the negotiations were even more confusing but relevant.

He would return home, sighing, from a long day of listening to sides complaining about buy-outs or worrying about salaries. Regardless of the metaphorical and physical stress it placed on his heart, he always said it was important to treat each person with respect. It was more important to hear their concerns and their stressors than to make blind decisions.

He came home to two young girls and a wife. His boss, and his subordinates, did the same, he said. Everyone has a family, everyone has someone counting on them. Every person, whose monetary livelihood is in his hands, deserved equal consideration and respect.

Little things, like manners, and learning (and asking) about colleagues’ families, are important to be respected as a boss and leader.

But the best lesson? This compassion is also the best way to show respect.

View all posts by Caitlin Cruz →