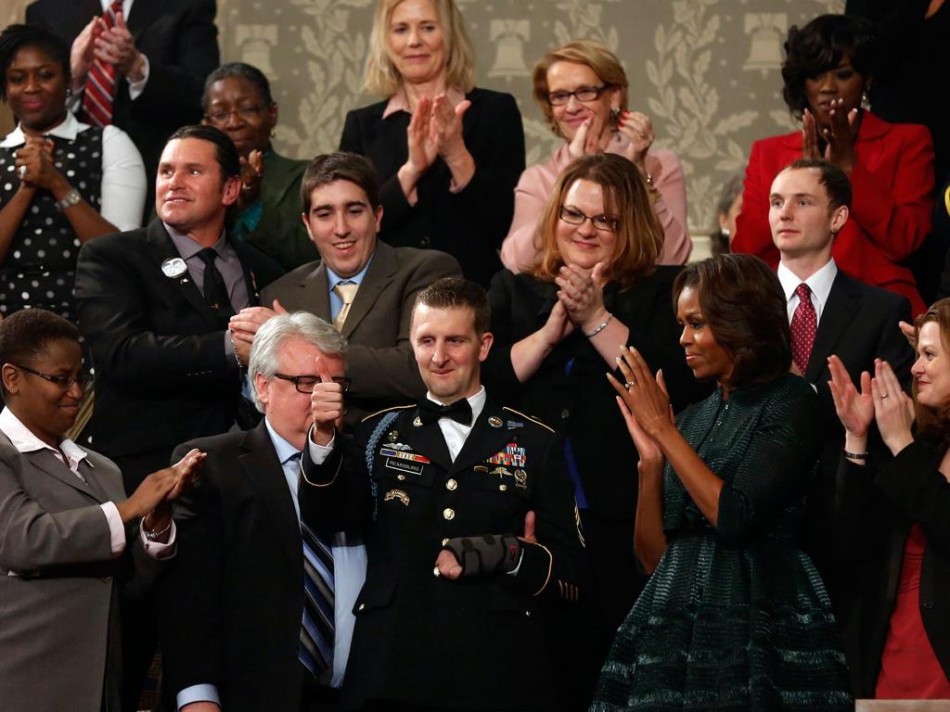 One piece of advice that I got from Ryan Avery, the 2012 world champion of public speaking, is that great speeches are made up of stories not merely facts. He explained during a toastmaster gathering in Phoenix  that people remember stories more often than facts. Was Obama’s 2014 state of the union address a great speech? According to CNN poll, 76% of the people who watched the address rated it a great speech, that is, either positive or somewhat positive. So, what stories did Obama share with the citizens of America and the world? Here are six stories I have extracted verbatim from the speech:

1. Why is creating jobs important and very possible?
Two years ago, as the auto industry came roaring back, Andra Rush opened up a manufacturing firm in Detroit. She knew that Ford needed parts for the best-selling truck in America, and she knew how to make those parts. She just needed the workforce. So she dialed up an American Jobs Center, places where folks can walk in to get the help or training they need to find a new job or a better job. She was flooded with new workers. And today, Detroit Manufacturing Systems has more than 700 employees. And what Andra and her employees experienced was how it should be for every employer and every job seeker.

2. Why should Congress restore the expired unemployment insurance?
Let me tell you why. Misty DeMars is a mother of two young boys. She’d been steadily employed since she was a teenager and put herself through college. She’d never collected unemployment benefits, but she’d been paying taxes. In May, she and her husband used their life savings to buy their first home. A week later, budget cuts claimed the job she loved. Last month, when their unemployment insurance was cut off, she sat down and wrote me a letter, the kind I get every day. “We are the face of the unemployment crisis,” she wrote. “I’m not dependent on the government. Our country depends on people like us who build careers, contribute to society, care about our neighbors. I’m confident that in time I will find a job, I will pay my taxes, and we will raise our children in their own home in the community we love. Please give us this chance.”

3. Why college education should be accessible by all including middle-class students?
Estiven Rodriguez couldn’t speak a word of English when he moved to New York City at age nine. But last month, thanks to the support of great teachers and an innovative tutoring program, he led a march of his classmates through a crowd of cheering parents and neighbors from their high school to the post office, where they mailed off their college applications. And this son of a factory worker just found out he’s going to college this fall.

4. Why is raising minimum wage possible in private organizations?
Nick Chute is here today with his boss, John Soranno. John’s an owner of Punch Pizza in Minneapolis, and Nick helps make the dough. Only now he makes more of it. John just gave his employees a raise, to 10 bucks an hour — and that’s a decision that has eased their financial stress and boosted their morale.

5. Why is healthcare a right not a privilege?
A preexisting condition used to mean that someone like Amanda Shelley, a physician’s assistant and single mom from Arizona, couldn’t get health insurance. But on January 1st, she got covered. On January 3rd, she felt a sharp pain. On January 6th, she had emergency surgery. Just one week earlier, Amanda said, that surgery would have meant bankruptcy.

6. Why should Americans continue to pursue progress?
I first met Cory Remsburg, a proud Army Ranger, at Omaha Beach on the 65th anniversary of D-Day…. He was a strong, impressive young man, had an easy manner, he was sharp as a tack. And we joked around and took pictures, and I told him to stay in touch.

A few months later, on his tenth deployment, Cory was nearly killed by a massive roadside bomb in Afghanistan. His comrades found him in a canal, face down, underwater, shrapnel in his brain. For months, he lay in a coma. And the next time I met him, in the hospital, he couldn’t speak, could barely move. Over the years, he’s endured dozens of surgeries and procedures, hours of grueling rehab every day.

Even now, Cory is still blind in one eye, still struggles on his left side. But slowly, steadily, with the support of caregivers like his dad, Craig, and the community around him, Cory has grown stronger. And, day by day, he’s learned to speak again and stand again and walk again. And he’s working toward the day when he can serve his country again. “My recovery has not been easy,” he says. “Nothing in life that’s worth anything is easy.”

Cory is here tonight. And like the Army he loves, like the America he serves, Sergeant First Class Cory Remsburg never gives up, and he does not quit.