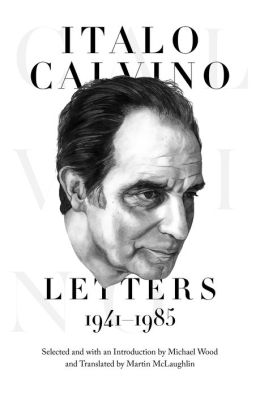 In 1959, Italo Calvino, arguably Italy’s most important postwar novelist, received a grant from the Ford Foundation to travel throughout the United States. For six months, between 1959 and 1960, he travelled around America and documented his reflections on the country in a series of letters to friends and acquaintances. Many of these correspondences, amongst others, are published in Italo Calvino: Letters, 1941-1985. Although the majority of his stay in the U.S. was spent in New York City, his descriptions offered a unique assessment of life in the United States.

His evaluation of America began with his experience of New York City, which he rightly distinguishes from the country as a whole:

America (or rather New York, which is something quite separate) is not the land of the unforeseen, but it is the land of the richness of life, of the fullness of every hour in the day, the country which gives you the sense of carrying out a huge amount of activity, even though in fact you achieve very little, the country where solitude is impossible…

Calvino’s evaluation of cosmopolitan New York encompasses the atmosphere of “the city that never sleeps” well, but it is his more general assessments of the country in a later letter that hints at a more diverse representation of the country. Following a trip to California, he wrote to a friend in Pavia:

Fortunately America is not all an artificial-natural paradise like California here. A quarter of America is a dramatic, tense, violent country, exploding with contradictions, full of brutal, physiological vitality, and that is the America that I have really loved and love. But a good half of it is a country of boredom, emptiness, monotony, brainless production, and brainless consumption, and this is the American inferno.

This description of what Calvino describes as the “American inferno” makes it clear that he recognizes the falsehood of judging the entire country based on the glamour of New York City and California’s superficiality. He contrasts these vibrant entities with America’s heartland, which he perceives as vast and uninspiring. As a foreigner experiencing the country for the first time, Calvino is able to bring a fresh perspective to the landscape to which I have grown accustomed. He draws a line between reality and perception and, in a series of letters, conveys the contradictions and complexity of America. Calvino’s writings provide a distinct contrast to the classic American literature that has formed my perception of America’s diversity. His candid assessment of America offered a unique perspective that allowed me to look at my country through the eyes of a foreigner, which opened my eyes to the spectacular complexities of the nation I call my home. 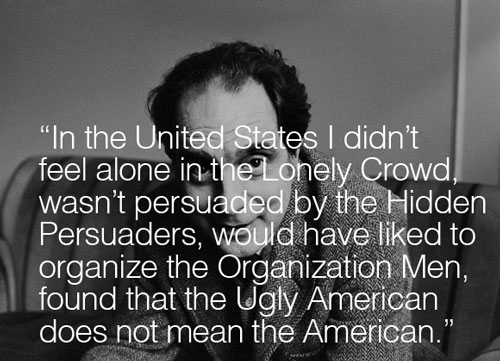 To read more from his letters see here.

2 Comments on “Discovering America through the Prose of a Foreigner”