Terry L. Price is a scholar focused on Leadership Ethics. In his book, Leadership Ethics -An Introduction-, his primary determination is to assess reasons or potential justifications for rule breaking by leaders. It does clarify that these should not be confused with actual justifications for rule-breaking behavior by everyday leaders, as there is a distinction between these and leaders of big movements.

When analyzing Leader-Centric Approaches, these focus more on theories that give particular emphasis to the benefits, desires, ends and characteristics of leaders.

It uses the moral relativism theory to articulate the leader’s belief that he/she is justified in a certain behavior because he/she has “his or her own morality”. Moral relativism captures the idea that a leader’s rule breaking behavior might be justified by his/her own moral beliefs or those of his/her society.

The author explains that chapter two investigates whether amoralism characterizes the moral psychology of the everyday leader, and emphasized that an amoral leader breaks the rules “because he/she does not care about morality”. None the less, Price explains that amoralism comes up as a response to the claim that the demands of morality are “categorical in nature” and that the primary historical advocate of the categorical nature of moral demands is Immanuelle Kant, who holds that morality applies to individuals independently of their particular desires and ends.

Chapter three, he continues, takes up the argument that leaders should conform their behavior to the demands of egoism. He explains that this view privileges the desires and ends of the everyday leader, essentially encouraging him/her to use his/her power to break the rules “because he/she can.”

When discussing chapter four, we submerge in a moral theory most closely identified with the idea that a leader acts as he/she does because “he/she is special”, which takes us to virtue ethics. According to this view and to the author, because morality is more about being than doing, a person can be virtuous without an unyielding commitment to the moral rules and concludes that morality may require rule breaking. 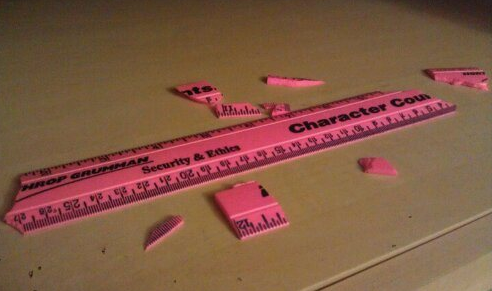 Reaching part two, Group-Centric Approaches, Terry gives greater attention to the ways in which a leader’s moral psychology is shaped by the collective nature of leadership. He also mentions that chapter five appeals to contractarianism to examine the idea that a leader sometimes breaks the rules because “we say he/she could.” He explains that, because this moral theory sees consent as central to justification, it proves to be a particularly good candidate for thinking about the ethical relationship between leaders and followers in the organizations and institutions that compromise modern democratic society.

Price takes us then to chapter six, in which he evaluates the everyday leader’s claim that he/she broke the rules because “she had to.” In so doing, it exposes beliefs leaders have about the objective importance of group goals. These beliefs support the moral situationism that sometimes characterizes leadership behavior. If everyday leadership cannot sustain the relevant attributions of importance to group goals, we must reject moral situationism according to theory.

An alternative to the idea that the ends of a leader’s group are special because of their objective importance is analyzed in chapter seven. Terry uses theories such as Communitarianism as an example. He explains that it makes sense of the leader’s claim that he/she broke the rules because “he has special obligations to his/her group.” Drawing on this moral theory, he says that we can see a leader’s commitment to group ends as being justified by reasons that are internal to the community of which he/she is the leader.

Finally, chapter eight revises the argument that a leader’s end can be justified by reasons that apply to rational actors more broadly and Price appeals to Cosmopolitanism refers to a cluster of moral theories that denies that groups  -for example, nation-states- can justifiably privilege their own particular ends and that it replaces these particular ends with more general ends such as the welfare of humanity. For Terry, in so doing, cosmopolitan moral theory serves as perhaps the best way to understand the claims of a leader that says he/she broke the rules because “it was for a higher cause.”

Overall, the book constitutes an introduction to the moral theories that are relevant to everyday leadership ethics. But the discussion of the moral theories covered in the book is motivated by the central problem: The rule-breaking behavior associated with leadership and its justification. For this, moral theory is needed to determine the appropriate response.

Also, the book analyses potential justifications for rule breaking relies and relies heavily on the Kantian view of morality, and concludes that everyday leaders are not justified in breaking the rules.

The main thesis of the book, as told by the author is that “rule breaking is not justified in everyday leadership, supported from both moral theory and empirical research in psychology. To the extent that moral theory allows rule breaking, it does so only in cases that are best characterized as heroic. Everyday leadership, by definition, cannot be exceptional in this way. The difficulty for the practice of leadership is that normal human psychology tends to compete with what turns out to be the best moral analysis. Leaders may be especially prone to see themselves as exceptional, as they are typically thought to stand out both in terms of their personal qualities and in terms of the importance of the goals to which they are committed.

With this point stated, the central question for leadership ethics is, according to Price: “Do the distinctive features of leadership justify rule-breaking behavior?” and he explains that, in the context of everyday leadership, an answer to that question must be informed by our best understanding of moral theory and an accurate view of the way every day leaders think about themselves and the importance of their goals. A reflection on this shall tell us how everyday leaders should think about morality and their place in the moral community.