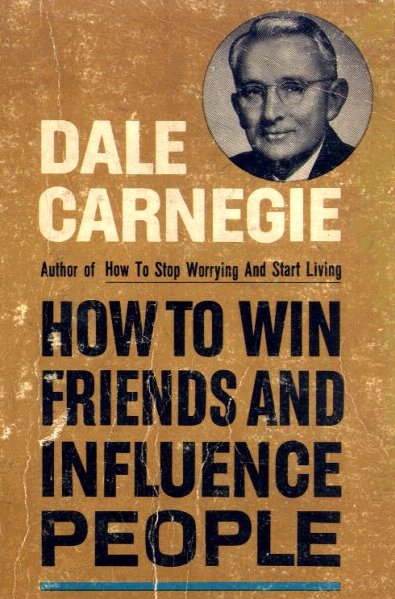 What book has both the power to convince others to commit murder and to become a multi-billionaire? It doesn’t quite sound like the goals of a self-help book, but apparently Dale Carnegie’s “How to Win Friends and Influence People,” can do just that.

Charles Manson, the infamous believer in an impending apocalyptic race war he called “Helter Skelter” and who assembled a group of followers he called the “Family,” cited the book as and its training sessions as a crucial tool to learning how to manipulate people, according to a Bloomberg Businessweek article. These people later committed murders on his behalf.

Warren Buffett, who is the chairman and CEO of Berkshire Hathaway and has a net worth of $58.5 billion, said in an article written by The Independent that he enrolled in the classes as a young adult and was heavily influenced by its teachings.

Carnegie’s book, first published in October 1936, gives examples and suggestions on how to promote a healthy and productive working and home environment. These happy experiences will culminate in everyday life to improve things including business and interpersonal relationships.

The orator and teacher, who struggled to find his calling in life, began his teaching career at the YMCA where he gave classes on public speaking in the 1920s. He struggled to find a concise and complete account on interpersonal skills and achieving goals, therefore he created his own.

Though the ambitions in the book are noble, it does not quite satisfy in the way that a self-help book should. Perhaps in the 1930s Carnegie’s principles may have been accepted as new and exciting, but suggestions including being a better listener and complimenting others’ success instead of criticizing their failures seems trite.

Carnegie deals mostly in general suggestions backed up by idealistic examples. For instance, he tells the story of an introverted woman who works without interacting with those in her office. One day she approaches her colleagues with enthusiasm and engages them in conversation. These casual conversations turn into friendships. This example seems so terribly obvious, it is hard to believe it holds any deeper value.

The book, which weighs in at just more than 200 pages, is also focused on showing interest in others as a means to an end and a method for making money. Quite frankly, the book is overly materialistic. For example, he tells the story of a man who openly criticized a company because it would not do business with him. The man took the time to interact with the company and discuss what the company values. The company then offered to do business with him. “I find that smiles are bringing me dollars, many dollars every day,” the book says on page 67.  The point the book makes is that a smile equals financial and material profit. Instead of addressing the emotional and physiological benefits of living a happier life, it focused on the monetary gains.

While some may argue that Carnegie’s book is simply a quote-heavy self-self book that is filled with overly obvious adages, it does hold some merit in its simplicity and ease of access. The book itself flows quite well and is very easy to read. Because its principles are so basic, it is easy for the reader to imagine applying the principles in his or her life. It is well organized into different sections and does not require much attention, though Carnegie recommends it be read multiple times in order to fully absorb the message.

The book, throughout its many years in print, has been coupled with self-help seminars, which is perhaps why it is reviewed with such high regard. It is easy to see how both the book and classes together can pack a powerful and more influential punch.

Even in recent years Carnegie’s literature has been referenced. The New York Times in 2011 published an article written by Dale Carnegie and Associates with Brent Cole titled “How to Win Friends and Influence People in the Digital Age.” The article is an excerpt from a book that details how to build relationships over social media and other digital mediums. Christine B. Whelan, a professor of sociology at the University of Pittsburgh said that she assigns it to her students each year.

Perhaps it is the simplicity of the principles and its ease of access that make Carnegie’s book still relevant today.

One Comment on “How to Win Friends and Influence People”