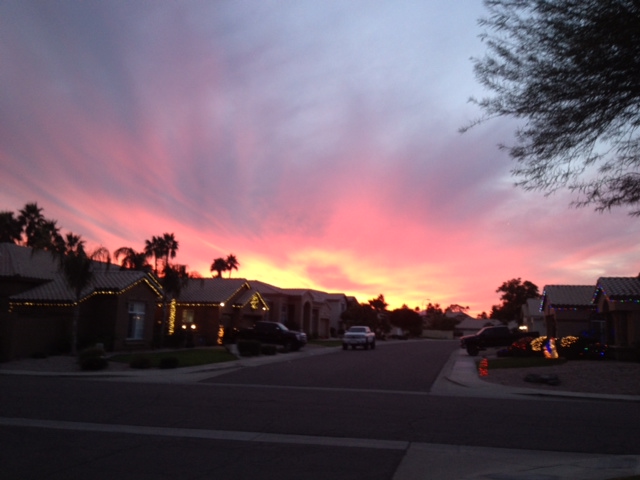 I grew up in an Arizona suburban town called Ahwatukee. Many people refer to my hometown as the “cul-de-sac of Phoenix” and they’re not entirely incorrect. As a young girl, all my sports, clubs and extracurricular activities were nearby, and occurred peacefully with children of my same race. This was just a demographic reality of what (shamefully) some call “All-White-Tukee.” Here’s a picture of Ahwatukee that shows none of the residents, just the landscape:

I mention this to illustrate the importance of teaching the history of American race relations. Students who learn of conflicts involving race can understand broader themes and develop open mindsets about race equality. I slightly agree with a quote from a reflective TIME article about learning from past conflict: “These problems won’t be solved simply by the recognition of historic grievances.” However, I believe it is still crucial to inform and inspire action toward change.

I learned about race relations in my school history classes. Although I never truly understood the extremity of these issues in America, I was at least aware that the whole country did not reflect my Ahwatukee community. There are certainly many communities, now spotlighted as result of Ferguson, dealing with racial divide issues I never experienced in Ahwatukee.

With teaching historic grievances comes understanding for the future. Instilling awareness in children can prevent similar race discrepancies as we’ve seen – especially in violent cases such as the shootings of Michael Brown and Trayvon Martin – which are only just a few cases – sensationalized by the media.

Beyond just education and awareness, we must spread truth about these types of situations so we can progress. As President Obama states, ” the truth will be what eventually brings peace to Ferguson and allows the country to move beyond this bout of racial tensions.” We must discuss the truth of these discrepancies – and work not to repeat them.

2 Comments on “Race Relations Across America: How Ahwatukee is Different”