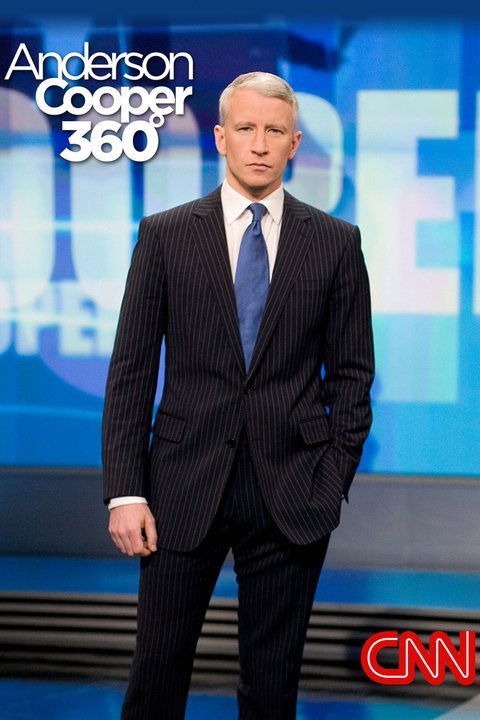 “People do not admit that they do, but the fact is they do. People are attracted to negative news, “ asserted CNN anchor Anderson Cooper as he responded to a question from a Arizona State University student in Phoenix, Arizona last Saturday, April 25, at the Pilgrim Rest Baptist Church.

Cooper was featured at the Democracy Lecture organized by the Center For The Study Of Race & Democracy at ASU. The lecture brought together not only Journalism Students, but also leaders of the city of Phoenix, scholars, leaders of the Arizona Community Foundation Black Philanthropy Initiative, residents of Phoenix and the religious community.

After a brief presentation followed by a session of Q & A, Cooper indicated that the days of Walter Cronkite reporting didn’t present diverse views, “ it was just maybe three major television programs with white guys telling us this is what it is,” but with time now, there is diversity, and with social media, options.

In response to a question and comment from the audience about the media’s tendency to dwell on the negative aspects of others, the CNN anchor indicated that negative news resonates with the audience far more than positive news, therefore, news networks like his would focus resources, time and energy amplifying negativity around the world. With a gesture of resignation, he concluded, I mean, that’s just how it is.”

Well, I think otherwise. I believe that life is full of many overlapping stories: stories of rich cultures, resilience, struggles, etc., as well as negativities. To insist on presenting only the negatives of people’s stories and situations, is to present incomplete pictures of those the stories are about.

I think it is not only unfair to the people affected, but also unfair to our audience since they are at risk of a huge misunderstanding of others and their situation. The trend Cooper was trying to justify here is what had perpetuated stereotypes, (half truth) of others. When the media indulges in that type of reporting, without meaning to, ‘they expose those they report about in negative situations without giving full stories of how those people thrive and overcome, to a form of patronizing though well-meaning pity from others. This robs survivors and victors of such “negative stories” of their dignity’ – Chimamanda Adichie’s presentation on the Danger of a Single Story.

Although the discussion was about the African American and racial issues of America, it resonates with me, because I am a victim of the stigma and discrimination that resulted from the Western Media coverage of the recent Ebola epidemic, which occurred in West Africa. When the media here chose to stick with only the negatives of non- Westerners, and think that they are doing a huge favor by bringing to light the “plight of those unfortunate people” in order to get help for them from the rest of the world, ‘without engaging with the entire picture, they end up maligning the people. This tendency to portray only the negatives of a people, robs them of their dignity. It makes the recognition of our equal humanity difficult – it emphasizes that we are different, rather than that we are similar.

Therefore, if Cooper is right that the audience is more interested in negative stories, then I think we need to change that. The media has the power and ability to set the agenda and frame the discussion about issues around the world. I think there is a need to use such power to cause a mental shift with the tendency of our audience by providing rich and whole stories. This will require going beyond giving negative stories about issues.

Hence, I respectfully disagree with my well-learned, seasoned and professional senior colleague, Anderson Cooper, when with a shroud he ended his response like “that’s just the way it is.” I think as responsible, enlightened media and civilized media, we need to realize and tell our audience that there is never a single story about any place or people. We need to set the agenda and frame our story telling to honor those whose stories we have the opportunity to tell, and to empower ourselves by going beyond negatives – by this we will also be empowering our audience.