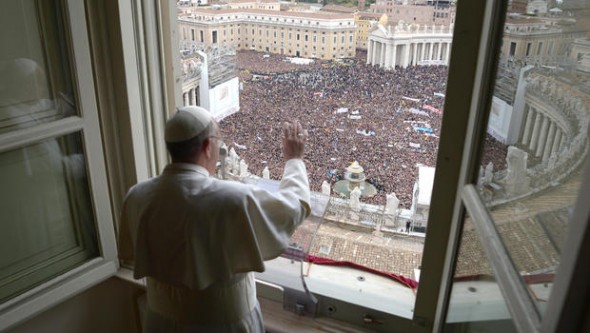 85 percent of Catholics in the US, by all accounts an unusually high number, approve of Pope Francis’s reformist leadership, according to the Associated Press.

The Catholic Church has for decades hushed the torrent of allegations that its priests, bishops and higher-up officials sexually abuse minors entrusted in their care.

Nicholas Aguilar-Rivera, a Mexican-born catholic priest working in the US sexually abused 26 boys within 10 months. He in 1988 surprisingly escaped when a court issued a warrant for him.

His victims nonetheless filed a case in Los Angeles, and in court papers said a cardinal in Mexico in the first place initiated Aguilar-Rivera’s transfer to the US to help him evade justice for infractions at home.

Thousands of miles away in Uganda, east Africa’s predominantly catholic nation and where morals are rigorously policed, a senior priest was in 2013 suspended for authoring a letter in which he said his colleagues lived double lives: celibate in public and sexual predators in secrecy. His superiors said Fr Anthony Musaala breached internal secrecy rules and spoke in the wrong forum. 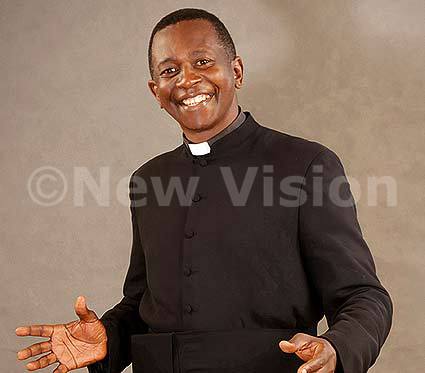 Uganda’s firebrand Catholic priest, Fr Anthony Musaala, who publicly criticised sex abuse by his colleagues was in March 2013 suspended on the day reformist Pope Francis was elected. The pontiff decided to tackle the vice head-on to the relief of millions worldwide. Photo credit: The New Vision

A fellow priest in the capital Kampala, wrote Fr Musaala, eloped with a choir member who out of shame regressed into solitary stay. In another case, a traumatized teenager took poison for serving as an Altar Boy on the pulpit with his biological father, a priest, who instead demanded he call him “uncle”.

These are, but few of, thousands of sexual violations inaction entrenched in the church’s hierarchy, alienating and riling followers.

Uganda’s Musaala was ironically suspended on the day a man who would introduce sweeping reforms to reverse Catholic Church’s uncomfortable official secrecy, in some instances complicity, about the abuses was elected Pope.

Pope Francis, born in Argentina as Mario Bergoglio, is acting with a bang. He has criminalized sex abuse in the church and defrocked the Vatican’s ambassador to the Dominican Republic, Józef Wesołowski, convicted by Rome’s canonical trial for paying for sex with minors. 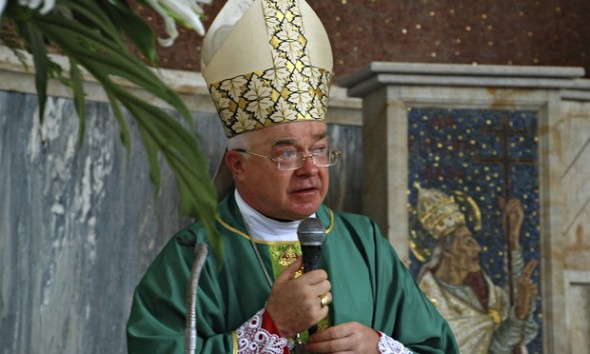 Rather than cover up, the pontiff broke with tradition to offer a leadership that is transparent, accountable and responsive to the concerns of ordinary people it serves. The victims had felt let down by an institution whose leaders they trusted.

By preferring to lead a simple life and matching with action his talk on the Church’s responsibility to care of and spiritually nourish the underprivileged, particularly children and women, the pontiff speaks directly to the heart and purpose of humanity. 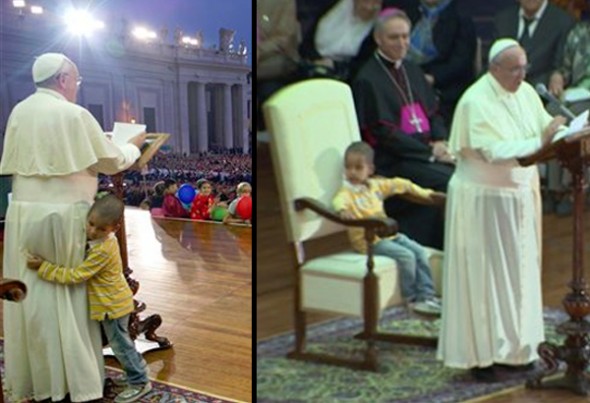 The world warmed up with this rare sight of a child embracing the Pope before sitting on his chair as he preached. Francis has also offered to sell his gifts to raise money for the poor. Photo credit: Vatican press

He has breathed fresh air to energise the flock.
The Economist calls his wide-ranging “turnaround CEO” reforms as the “Francis Effect”.
The former Argentine Archbishop is gifted with and deploying his skills for dialogue to bridge differences between people, cultures and faiths to inspiring effect. This tells of his leadership ability of reaching out rather than wait to be consulted as the spiritual juggernaut.
The Pope, the magazine says, is employing two management tools to good effect: brand repositioning and restructuring.

The Catholic Church, blemished by various scandals and was rapidly losing followers to rival denominations, especially the more vibrant Pentecostals, required both.
Thus Francis’s “poor-first strategy” aims to reclaim and recruit followers in emerging markets, where the potential for growth is greatest but competition fiercest. 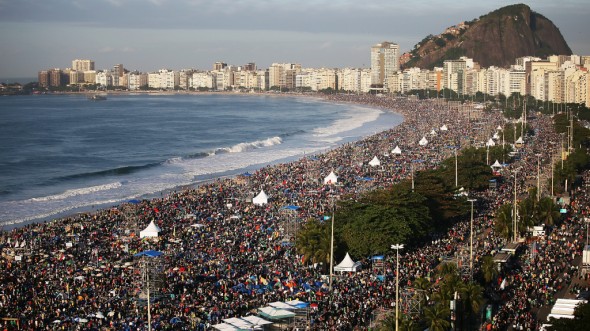 His charm and affection has become a crowd puller for the Catholic Church such as this during the 2013 Youth Day in Rio de Jenairo, Brazil. Photo credit: AP

The Pope’s focus on big-ticket institutional reforms such as of the problematic Vatican Bank, described under his predecessors as a “vortex of corruption and incompetence”, has not blunted his resolve to sort out the eyesore of sexual abuse, which he compares to “performing a satanic mass”.

The Pope has opened public debate about the scandal, set up a related first commission to which he appointed one abuse victim and women as half of its members, tasking them to uproot the vice and build systems to prevent recurrence.

But Francis doesn’t or can’t claim a sole credit. His predecessor, the professorial Benedict XVI, as a first major action in 2011 and 2012 defrocked nearly 400 priests for raping and molesting children, The Guardian reported. 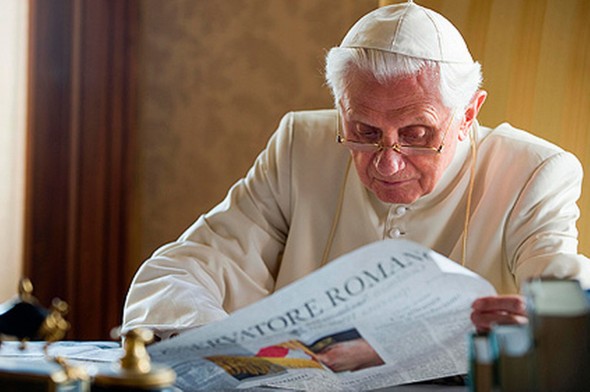 Even when revered as a great theologian, Pope emeritus Benedict XVI’s scholarly and impersonal approach made him appear detached from reality and less inspiring for a church in trouble. Photo credit: Vatican press.

The downside was that without touching the system that allowed the vice to thrive, the retired pope had only cut a branch but left a poisonous tree to blossom. A sexual abuse victim said Benedict rushed a meeting with them unlike Francis who held lengthy conversation with them, prompting them to open up and reveal more.

This shows just how different leadership styles – of Francis and Benedict XVI – evoke contrasting results on the touchy sex abuses even when both employed similar methods.

Some critics of Pope Francis, whose rise from a humble beginning of a janitor and club bouncer underlines his own uniqueness and leadership vision, however say he, while Argentine Archbishop, did little to stem sex abuse by priests in his backyard.