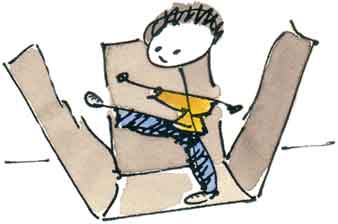 How to get out of the box or review of Leadership and Self-Deception: Getting Out of the Box (by The Arbinger Institute). 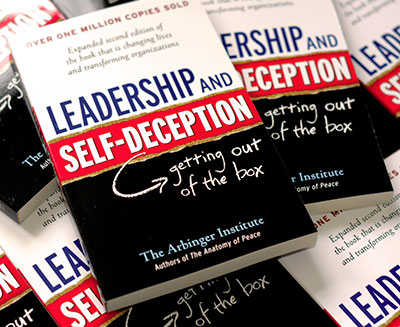 The book intrigued me not only because of the title or the annotation on the cover that it is The International Bestseller. I was intrigued by the first four pages, in which I found positive reviews of presidents, CEOs and other entrepreneurs. Now, after I have red the entire book, I could say that I expected more from it. It was not the best book I have ever read, but it was certainly worth of my time and could be interesting not only for entrepreneurs.

The book has a few strengths. It is written a simple way, though it is talking not about the simplest problems. This fictional type of narrative is very easy to read and it is very engaging.

The story is about a middle manager Tom, who started his dream job a month ago and was invited to a meeting with a company’s veteran. Tom is an ordinary guy, who is trying to do his best at work and because of it he has some problems in family life, although he don’t want to recognize it. Only after the meeting and friendly discussions with the seniors of the company he understands his problems.

I think, there are lots of people who would like to have such friendly discussions with their bosses, teachers or mentors, who are not imposing their authority, but to the contrary – kindly, bringing examples of their own mistakes, explains what problems Tom have and how to solve them. 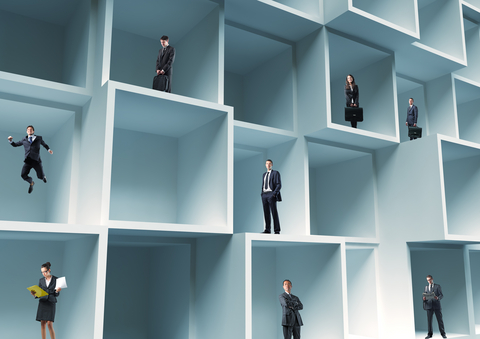 Although Tom is trying hard and is convinced he is doing well, in fact he has lots of problems. At home he doesn’t find a common language with his wife and son, but he thinks that it is their problem. At work he is commanding and does not pay attention to people in his team. I guess it is common for many ordinary managers, who are engage in their job and career.

The problem is that Tom is in the box. The whole book is about understanding when people are in the box, why it brings lot of problems for a person, his colleagues and his family. Everything begins to self-betrayal, latter it leads to self-deception and at last – to the box.

This is the example from page 105:

Self-betrayal is the germ that creates the disease of self-deception. And, like childbed fever, self-deception has many different symptoms – from lack of motivation and commitment to stress and communication problems. Organizations die, or are severely crippled, by those symptoms.

But this applies not only for leadership at work settings, but in the family relations or in society as well.

The main point of the authors of this book is that we should look at people not as objects, but as people.

Getting out of the box may mean that I relinquish a perjure I have held towards not like my self – people of different race, for example, or faith, or culture. I will be less judgmental when I see them as people than when I saw them as objects.

How to start? At first – by remembering their names.

Leadership and Self-Deception: Getting Out of the Box is not the best book in the world, but it has lot of good and useful insights. I would recommend reading it.

“Simple . . . clear . . . powerful. With many years of experience in leadership, organizational development, and training I was surprised to find something strike me with such impact.”

Written by: Evaldas Labanauskas on December 2, 2014.