I watched the movie “Selma” and was affected very much by it. The movie talentedly visualized the events  of the mid 20th century, when segregation become one of the most important problems for millions of black people.  The movie reflected how many efforts were made by Martin Luther King Jr. to get the right to vote, and how many lives were sacrificed for it.  King as a priest always insisted on achieving goals through peaceful means and actions, and his style of leadership reminds me of Mahatma Gandhi. As a result of his activism,  the US Supreme Court declared segregation to be unconstitutional in the state Alabama.

Without any doubt, Martin Luther King Jr.  was a great leader who appeared in the history of the USA in the right time. The movie shows how a true leader may influence the course of history and fates of people.

One of the questions stand before me after I watched “Selma” was that – is the Ferguson issue is in some degree continuation of events, that were depicted in the movie, and other events that had happened during the history of black’s population fight against racism? 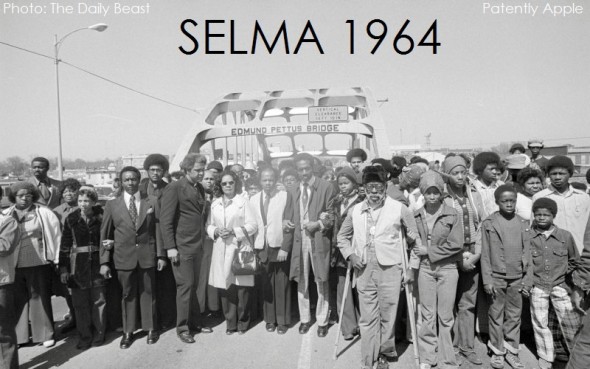 I witnessed the Ferguson issue from the beginning.  In my humble opinion in what happened in August in Ferguson, the racial component was not the first issue. In the place of that black teenager, another  teenager may appear. 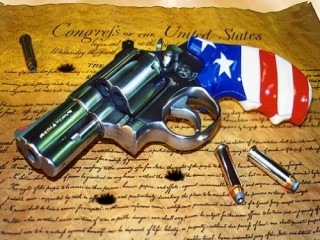 According to the report of American Foundation for Child  Protection  over the past 30 years in the United States as a result of the use of firearms, 120,000 children were killed – more than American soldiers in Vietnam, Korea, Iraq and Afghanistan combined.

– In Cleveland 12-year-old boy who did not raised his hands was shot dead by police;

–  in Missouri 18-year-old Vonderrit Myers was killed by policeman;

–  18-year-old Levi Weaver and Sergio Ramos – in Georgia and Texas;

– 19-year-old Karen Sifuentos and Roshad McIntosh – in Oklahoma and Illinois.

Among those young victims were representatives of all races.

What does this mean? In my opinion, first of all it says that in the Ferguson case, racial component was not the main issue. The police in the United States have much more authority in matters of weapons than anywhere else in the world. Sudden movements, hand taken out of the pocket or hand in your pocket, failure to follow police order – some of these can make police to open fire, and the law is likely to be on the side of the police. Do such things happen in my country? Over the past 20 years there have been no cases of police shooting a teenager or child on purpose or accidentally. It is likely a police officer will be killed in Kazakhstan  rather than a police officer shoot a child because the likelihood that a police officer will be convicted is equal to more than 70 percent. In the USA, the testimonies of two police officers are equal to the testimonies of four witnesses. In my country a testimony of a police office in court often means nothing

In this regard, I believe that first of all, one should act primarily against police brutality, for limitation of the use of a gun, for changes in legislation to strengthen gun control and putting restrictions on usage of gun by the police.

I came to the US in June 2014. Eight months is a small amount of time to draw definitive conclusions, but enough to share some observations. During the eight months, I visited many places and offices. I have seen black and white in equal numbers in the municipalities of the cities that we visited, in the newspapers and TV stations, among college teachers, among college students, etc. I formed the opinion that the black alongside the white have equal access to all the benefits of society.  What I saw  by my own eyes, what I heard by my own ears, and what I felt with my own heart brought me to one conclusion – yes, racial issues were an issue at the time as it was depicted in the movie “Selma”, but after that things have slowly and gradually changed. Nowadays the black population enjoys the same rights as yellow or black or red, guaranteed by the Constitution of the US.