In 2006, Sophia Amoruso created her now multimillion-dollar retail business with $50 and an Ebay account selling clothes she found in thrift shops. In her first book, #GIRLBOSS, she explains how her unconventional business practices led to the creation of Nasty Gal, which was named the “fastest growing retailer” by Inc. magazine in 2012. 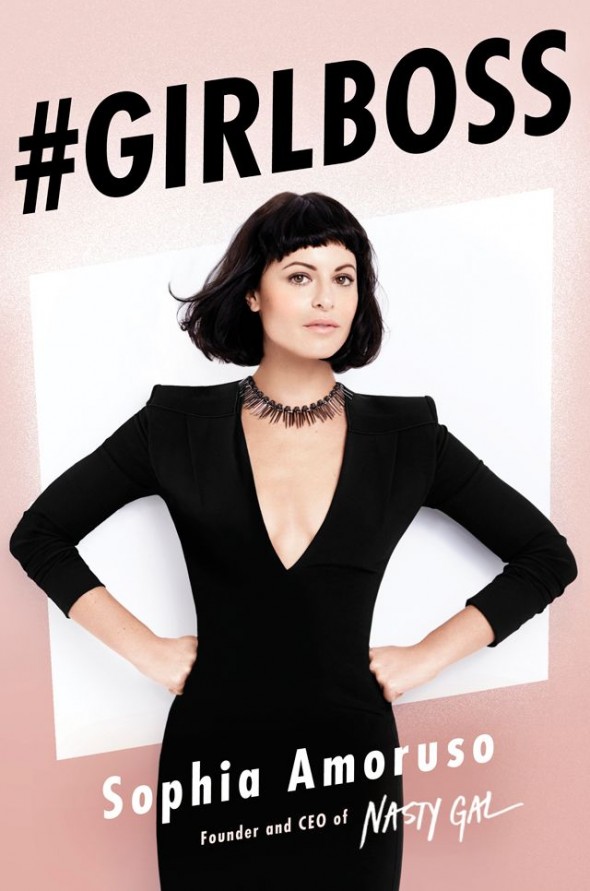 Although the title of her book may aim to a female audience, the tips certainly apply to people of all genders. Before she became the founder and CEO of Nasty Gal, Amoruso worked at a shoe store and at an art school in San Francisco checking IDs to acquire health insurance to get a hernia removed. Her less-than-stimulating jobs and occasional petty theft practices gave her a lot of free time. So she did what every girl her age was doing: wasted time on MySpace.

But that seemingly wasted time inspired her to start a vintage store on Ebay called Nasty Gal. Ebay store owners reached out to her via Myspace, and Amoruso thought to start a store of her own. Coupled with the book “Ebay Business for Dummies” and her preexisting knowledge of vintage fashion, she started her store. She had friends who were models and photographers and promoted the store on Myspace. Unlike other Ebay retailers, she spent time focusing on the photography, styling and listing titles instead of trying to flag or discredit other retailers. But Myspace didn’t allow businesses to promote themselves on Myspace and they blocked her account. It just so happened this was the same time she decided to move away from Ebay and launch NastyGal.com in 2008. Everything sold out on the first day the site launched.

The company grew in small steps. Word got out about Nasty Gal quickly and the store had to move to bigger and bigger warehouses. In the first year the company grew by 700 percent. After one year, she was profiled in Forbes, listed on CNNMoney’s 40 Under 40 and got a cover on Entrepreneur.

Amoruso credits her success to breaking the rules and enjoying the journey. She embraced her inner freak, rummaged through clothes at estate sales and on Craigslist and now is one of the most successful women in business. Now, Nasty Gal has two store locations in Santa Monica and in Melrose in California. For a more details on the rise of Nasty Gal, see Amoruso’s Interview at SXSW 2014.

From the power of creativity, embracing your quirks, career tips and the difference between extroverts and introverts, Amoruso’s book details a wide range of topics. Below are the top ten quotes from the book. 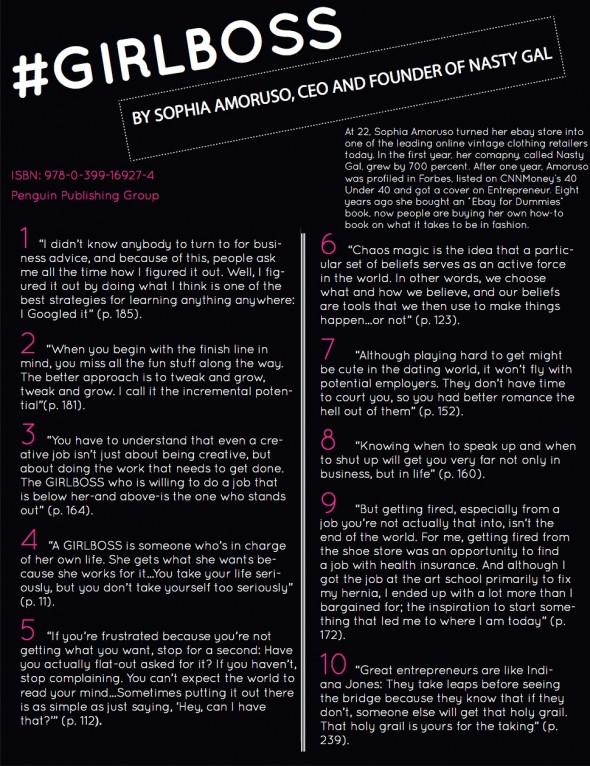