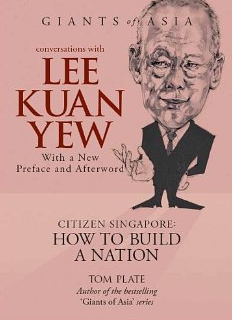 Conversations with Lee Kuan Yew- Citizen Singapore: How to Build a Nation by American author and journalist Tom Plate is exactly what the topic implies: a dialogue between Plate and Singapore’s founding father, Lee Kuan Yew, who was also the “longest serving prime minister in world history.” Lee is credited with singlehandedly writing The Singapore Story, a story of unrivaled growth and prosperity of a poor port city. This, however, did not happen without criticism. The West particularly was the most critical of Lee’s style of governance calling him an autocrat and a violator of human rights. 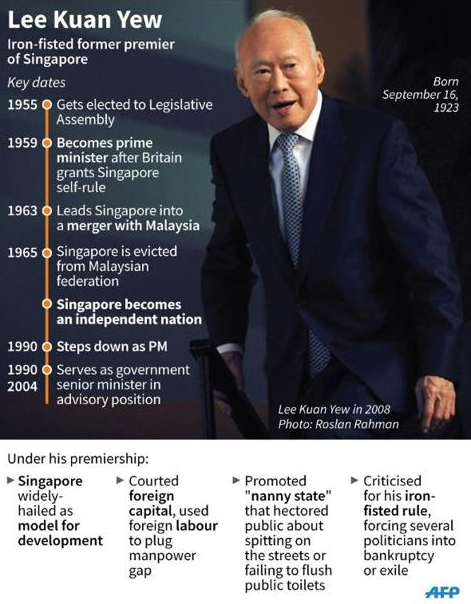 I expected a “defend yourself” approach since Plate is an American journalist, but was surprised to find a somewhat empathetic ear. Plate had interacted (even if sporadically) with Lee over a span of several years eclipsing his time as Prime Minster and finally as Minister Mentor. Plate is perhaps the only American journalist who managed such a long and detailed interview with Lee.

Lee is usually described to have had a formidable personality, and Plate alludes to this time and again throughout the book, even confessing to being anxious about saying something wrong in front of Lee. He also hesitates openly about being his “usual American journalist” self. But there is a preoccupation with describing the tolls that age took on Lee’s body: his incessant cough, and the hot compress on his leg that is changed every few minutes by his “aides.” If there was an attempt at the image-inflation of Lee, there is a simultaneous undercutting of it too.

The book adopts the first person narrative so you feel like Plate is confiding in you, and also imploring you to set aside your prejudices for a while and just hear Lee out. Lee is never apologetic.

But he does not deny that he is not perfect. He is honest: “My faults are many and numerous. You will have to ask my opponents and enemies, and there are many in Singapore.” By the time I was done with Conversations and sadly for his most ardent critics, I was a fan.

Lee may not have upheld Aristotle’s ethics, but he did what he had to do as a leader in the larger interests of his country. I like that Lee did not work to be loved by Singaporeans; he wanted results, and he got them. Plate calls this attitude of Lee’s,”Father knows best,” drawing parallels with his own father who could be quite heavy-handed about doing things a certain way- his way.

It seems to me that Lee Kuan Yew is where Plato meets Machiavelli- in the special land of Confucius.

Conversations is insightful, and honest. It is a quick read with little nuggets of leadership wisdom on almost every other page. I have not found any disparaging criticism of this book yet, but there is this one instance when Plate and Lee talk about the issue of declining populations, and Lee makes a comment on how Singapore had made a mistake in allowing their women to do as well as men so women were opting out of motherhood. He says they should have maintained their traditional values like Japan and differentiated between women and men so that women’s priorities would be more family-oriented. I felt quite let down despite having accepted that Lee could be provocative and blunt, but that is who Plate wants you to see: A successful leader who is imperfect at the end of the day.