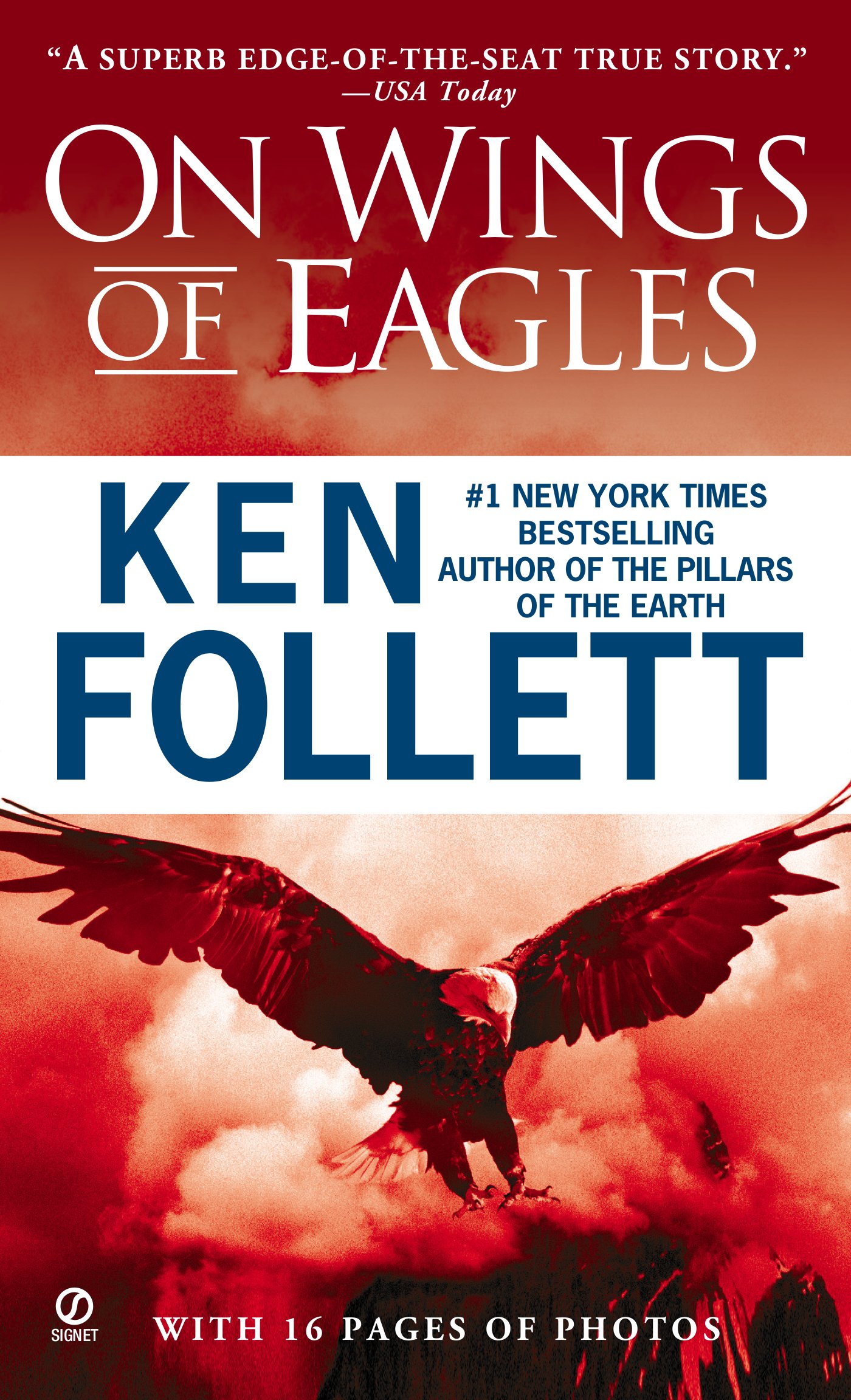 On Wings of Eagles by Ken Follett is a tale of adventure through the leadership of Ross Perot, the head of Electronic Data Systems, which at one point was the largest data processing company in the world. EDS has since been dissolved into other companies.

My father recommended this book to me. He started working at EDS straight out of college, and worked there until his division was sold to another company and he went with his division, and he admired the leadership of Ross Perot during his time as an employee. 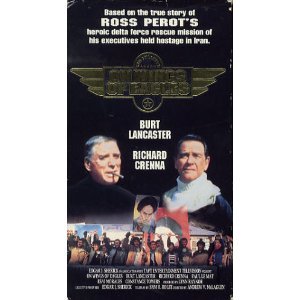 During the 1970s, EDS began to expand overseas, headed first to Iran. Perot ordered the evacuation of Americans from EDS Iran when the political situation became increasingly unstable, but the two heads of EDS Iran were arrested. Complicated political and monetary situations made it impossible for an immediate diplomatic solution, so Perot took action- he gathered a small team of ex-military employees, like himself, and led them into Iran, perpetrated a jail break, and got every man home safely. A movie of the daring rescue starring Burt Lancaster  from 1986 is available online.

This book’s strength is its story– it’s told well, with good word choice and a clear vision of what’s going on, but the story almost tells itself. I would have liked it if the author kept certain things organized a bit better, although I do think Follett did the best he good. The sheer amount of characters and players in this book got a bit overwhelming at parts, as we learn random details about unimportant and important characters alike, from Perot’s family to the men in Iran to a random man Perot ran into at a restaurant. The book’s weakness lies in its effort to make every character an important piece of the puzzle, when I think it should have focused more on the overall and kept it to Perot and a smaller group of employees, which, as you got later into the book, it did. The book’s strength lies in the tension- the tension leading up to the rescue, the immediate reaction of Perot when he finds out his men were arrested, the feeling of dread and terror the men had to be feeling during the jailbreak and subsequent run from Iran and out to Europe before making it back home to the U.S. Goodreads.com gives this book a 3.87 out of 5 possible stars, and I have to say that rating is very in line with my opinion of the book as well.

Perot’s leadership style in this is a very go-getter, determined style. He says what he’s going to do, and he follows through on every last piece. He asks men to risk life and limb for him, but no more than he himself is willing to risk, which is an admirable quality in a leader. He appears to be a generous, unapologetic leader who works alongside his men to get the job done and to help his company, and employees, be the best that they can be. Perot’s influence can be seen in the history and legacy of his company, the words others have said about him and even his run for president in the 1990s, leaving him a leader to be admired and respected for generations, and being interviewed for his legacy as recently as this year.

Written by: clarissaaileen on December 2, 2015.