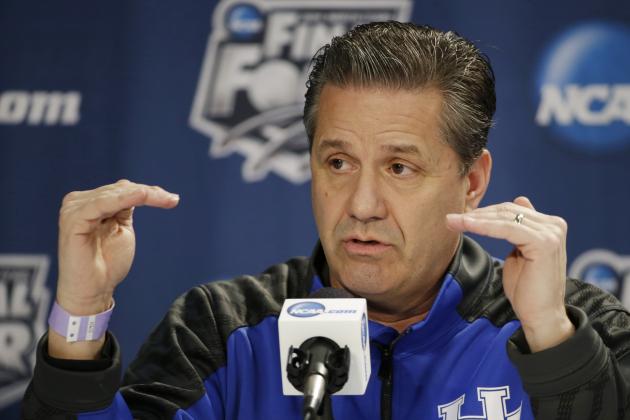 John Calipari’s Players First: Coaching from the Inside Out was not only a smooth, easily digestible read, it offered lessons regarding building and managing a team that I feel are applicable outside of the book’s basketball focus.

Together, Calipari and co-author Michael Sokolove present a charming narrative of how the coach goes about managing his team. Calipari discusses everything from how he goes about his mornings (mass and Dunkin’ Donuts every day) to the kind of relationship he builds with his players.

One thing that really struck me in terms of broader applicability to leadership, and leadership styles, was how Calipari appears to be intimately connected to the internal lives of his team. He doesn’t just know his players, he tries to understand them on a deeper level. He looks for the things that motivate them, that irk them, that keep them from achieving their potential, and then he works with them individually to try and unlock what he sees in each of them.

It’s a very personalized, customized approach to leadership that’s indicative of Calipari’s “players first” philosophy. He really tries to drill down to the soul of his players in order to bring out their best, almost taking himself out of the equation entirely.

Not to say that he’s absent from coaching, far from it. Calipari’s coaching philosophy seems to be intrinsically connected to who he is and how he grew up. His straight-forward approach to crisis management and commitment to exceptional work-ethic are signs of that. It’s more that the focus is never really on him, and what he wants, and more about crafting his message to each player for maximum effect.

In the working world, this same technique could be used to help maximize the productivity of individual employees or team members.

That said, this is probably the only real core leadership thread that runs through the entire book. Calipari jumps around, telling stories and offering anecdotes, as well as some very basketball specific coaching advice. This is a criticism echoed by reviews at the time of its release (early 2014).

Publisher’s Weekly, for example, criticized the book for never finding one true focus, saying that the book doesn’t know if it wants to be a self-help guide, coaching textbook or biography.

While I did find some of that to be true, I personally enjoyed the vignettes that Calipari offers. It made the book easily digestible in small chunks, and even if the cohesiveness of the narrative is a little suspect, I could often read one chapter, put the book down and feel I had learned some small, simple lesson. I could then pick it up where I left off without having to remember every detail of what came before.

In that way Players First is remarkably similar to the Cashman text we used for this class: digestible, self-contained lessons with a more abstract background theme that can be consumed in essentially any order.

View all posts by travisarbon →