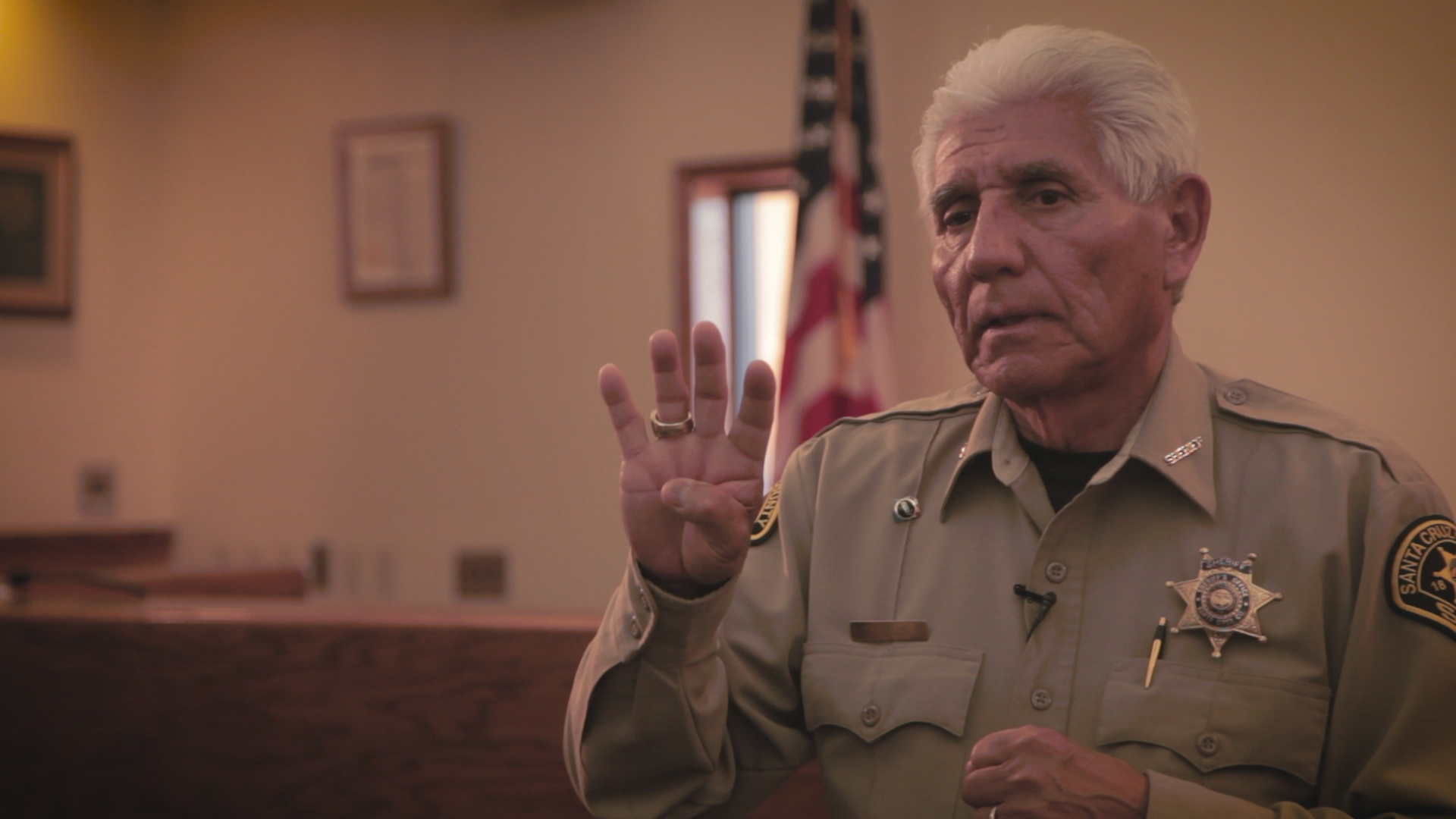 Sheriff Tony Estrada of Santa Cruz County has been elected for six times.

He started his law enforcement career in 1966 with the Nogales Police Department and retired after 25 years as a captain second in command. After a year and a half he decided to run for Sheriff of Santa Cruz County. He won.  “Having the opportunity of becoming one of 15 Sheriffs in the State of Arizona makes me very proud,” Sheriff Estrada said.

In this video Sheriff talks about immigration and drugs issues.