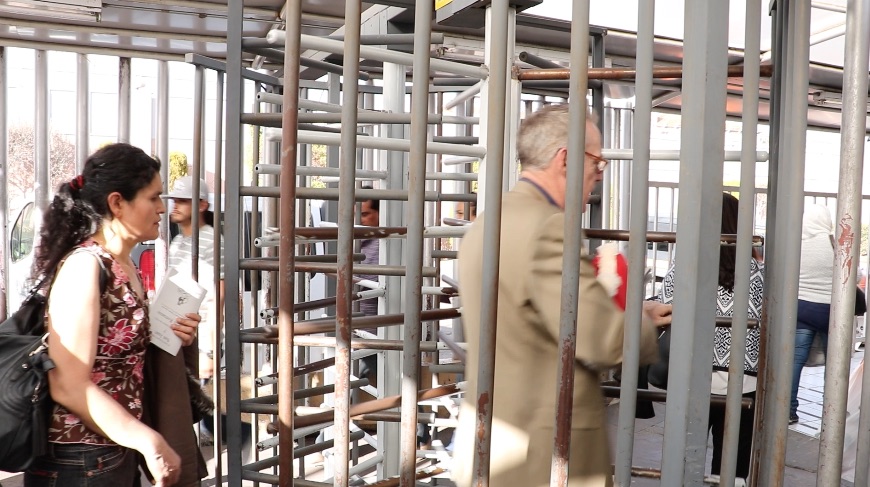 Every day, the border specialists have to also deal with thousands of children being used in drug business. Usually, in each group or family of four immigrants, about one or two children’s lives are at risk, which reaches up to 16.000 minors per year being indirectly involved in illegal practices. This was the conclusion of US Border Patrol agents that I had an opportunity to talk to while in a visit to Mexico border.

Most of the school programs, in cooperation with the Police Department, try to educate children or students to escape these gangs and to refuse to accept marihuana. “That is why you would see many police officers in campus to make sure the drug smugglers are not interfering with the young community”, states Tony Estrada, sheriff of Santa Cruz County Office.

“As agents, we try to release them as quick as possible because they are not aware about the situation and most often, we try to find their relatives with the help of Mexican programs for the protection of immigrants”, says Daniel Hernandez, another US Border Patrol agent. As well, medical assistance is mostly offered to rescue immigrants’ lives whose health is in danger because of the desert harsh conditions.

The fence that divides the two countries, Mexico and USA, is cut everyday day, even the metal bars which takes more time and resources to cut it down. The border control is now strengthen by the new technology, infrared cameras and drone system is quite effective to monitor safety issues. Cameras are installed all over, which makes climbing more risky nowadays.

While paying big money to reach to United States, many Mexican families can be insulted by their guides who managed to promise many things and who know well this type of business. Many vulnerable families can end up their lives in Phoenix or Tucson being kidnapped and violated. “We deal with people that come from extreme poverty and they look at USA as a place to save their lives, but when they are kidnapped in American cities, they start calling their families they need 5.000 USD to escape,” Estrada said at a meeting with international journalists.

In 2015, over 63.300 arrests of illegal immigrants were documented by CBP’s Tucson Station, of which 18 percent of nationalities other than Mexican. Compared to the last decade, the number of arrests declined ten times, due to more awareness programs about death risks, according information presented by CBP.

“Those who have a criminal record are usually arrested in jail for 30 to 90 days until a decision is taken whether to be prosecuted in Mexico or deported in their countries of origin”, said Ortega. Most often, they are found climbing over the fence to the US side with drugs, cocaine and marihuana and border agents reported use of force policy ending up with immigrants being shot, after risking their lives in illegal drugs trade and not wanting to comply with their orders.

In one year, the customer borders representatives might pull 200 people off the trains because they are identified as undocumented individuals attempting to cross the border. As well, over 100 tunnels are developed along Nogales border and many joke about the fact that the city will soon fail because of this problem. Every time a tunnel would be discovered, the border specialists carry on an investigation. The longest tunnel discovered so far was from 150 feet from 450 feet and then these are being destroyed.

This is how many Mexican families would risk their lives and would not be able to work in USA because many crossed the border illegally. At this point, I wander why the problem has not been taken by US Government to offer a free visiting visa to Mexican citizens as European Union has done with many countries at its border, such as Moldova, where I come from, Ukraine and Georgia.