As someone who grew up in the height of the digital age, it’s not surprising that I’ve been on the Internet in some form or another for most of my life. I can remember playing games online at the age of 4 or 5 years old as my parents warned me not to stray from the sites they strictly approved — after all, in their eyes, the Internet was a dangerous place, one in which we should never reveal too much personal, identifying information, lest it get into the wrong hands.

At the time, it was hard to imagine a future where we would actually seek affinity with a larger audience through creating a personal brand and letting that audience “know” us; however, as social media rapidly evolved, it became clear that constructing an online identity and consistently using it to engage with others was essential to maintaining and expanding an audience. Even if I wasn’t aware of it, I was still building an early version of a personal brand just by experimenting with different social media sites throughout middle and high school. While I wasn’t anyone of great significance, I still had a clear, identifiable set of interests, hobbies, and social and political values, and I shared these things with an audience every time I logged on.

As of late, I’ve started thinking a bit more critically about the kind of brand I have and what it tells others about me. I appreciate the knowledge I have of social media and the fact that using it is pretty intuitive to me, but I’m also aware that the versions of myself that exist on the Internet don’t precisely reflect who I am now, who I strive to become, or who I want others to think of when they hear my name. Instead, they only look into my past, reflecting the life of a middle or high schooler and not, say, an aspiring professional building a career in broadcast media. If I want to build a strong, career-focused global brand, I know I have to approach the task differently than I did when I was younger. However, I think there are a few key ways in which I can translate my personal experiences with social media to the construction of a powerful global brand. Being deliberate and consistent in managing a professional social media account can make a world of difference, as can adding in a touch of personality and being as adaptable as possible.

Because I haven’t had that much professional experience yet, it’s hard for me to say what exactly I want my global brand, or “global me,” to look like. Furthermore, I can’t say that my vision of my own brand will remain static; it could change in the next few years as I explore my professional interests and strengths, leading to changes in my brand as well. However, as I continue to navigate the line between my personal social media usage and the development of my professional channels, I try to keep these elements in mind and use them to guide me.

For a parting thought, I’d like to draw attention to one of the strongest examples of personal branding out there: the Kardashian-Jenner family. 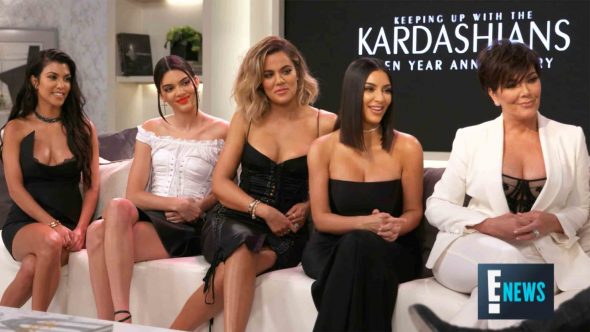 Even if you don’t tune into “Keeping Up With The Kardashians,” as millions of viewers do during every episode, you probably know something about the Kardashian-Jenner family — you’ve heard about their controversies, seen a product from one of their clothing or beauty lines in a store, or seen a Tweet or Instagram post of theirs on your feed. At the very least, you know who they are, and even if you’re convinced you don’t care about them, you’re aware that they’ve managed to keep people talking about them for nearly a decade, having made billions of dollars in the process.

Their notable reputation and influence — controversial, though it may be — is a result of a consistent, decade-long focus on constructing a brand. When people think of the Kardashian-Jenner family, they not only think of people, but products, social media accounts, celebrities who have been linked to the family, and more. In doing so, they make sure that people who don’t pay attention to them, or even those who actively dislike them, are still a part of their audience in some way; if they’re not watching their show, they might buy a product or two from one of their product lines, follow them on social media, or spread their name around by expressing how much they wish to avoid them on their own networks. In other words, they’ve turned their personal lives into a professional brand, and an extremely profitable one, at that.

I don’t think that Kardashian-style brand management is for everybody, especially not journalists, who likely want to avoid too much controversy in creating their branding. Sheer influence, whether good or bad, isn’t always the way to go. Despite this, I do think that they can offer some interesting insights as to what creates a lasting brand, seeing as they’re one of the best-known ones on the planet. After all, as one article by the Daily Beast pointed out, we’ve been “keeping up” with the Kardashians for 10 whole years.

What do you think?

View all posts by Vandana Ravikumar →

2 Comments on “A Lifetime of Personal Branding?”