Fifty years after the death of Malcolm X, racism and radicalization are two issues still causing tension–not only in the United States–but across the world.A group of us recently watched Spike Lee’s film featuring Denzel Washington as the Black Nationalist leader, Malcolm X.

The (lengthy) film was a masterfully biographical piece on the controversial figure, and for the most part, was very insightful.

Malcolm Little, son of Louise Helen Little and Earl Little, was an African-American Muslim, born in 1925 in Omaha, Nebraska. His father was an outspoken Baptist preacher, and his mother served as a secretary and “branch reporter, sending news to the African-American, aka Negro, world. His parents, who had eight children, had been severely afflicted by white supremacy, with his father receiving many death threats. Their family home was burnt down when Malcolm was little. Malcolm’s father was killed before Malcolm reached five years of age, and his mother was subsequently institutionalized for mental health reasons after her husband’s death. Their children were then split up and sent to live with different foster families. 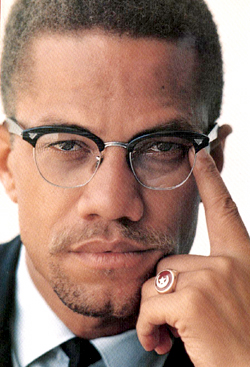 As a young teenager, Malcolm and his friend Shorty moved back to Boston, where he sold drugs, burglarized houses, and by the age of 21, was imprisoned. In jail, he met his comrade, Baines, who exposed Malcolm for the first time to the Muslim faith.After this, Malcolm dropped his last name ‘Little’ –which he called the name of a slave—and adopted ‘X’.From that point on, he was called Malcolm X, telling a reporter that the ‘X’ stood for the mystery of the name of his ancestors that he would never be able to discover.

Despite the hardships and his young life as a criminal, Malcolm X strived and rose to be one of the most prominent and influential religious figures in African-American history. In 1952, after serving jail term and being granted parole, he became the most outstanding and outspoken figures for the Nation of Islam (NOI).  From the 1950s to 1960s, he was a spokesman for NOI, a minister, a human rights activist and a Black Nationalist leader. 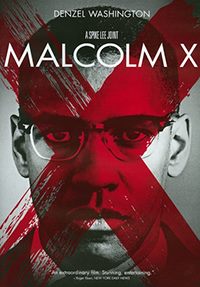 How could a drug seller, prisoner, burglar, and adulterer become one of the most prominent religious figures in African-American modern history?

Some perhaps nowadays would say Malcolm X was radicalized during his time in prison, and was not a good leader due to his approval of “any means necessary” when calling for a division between races.Others would say he was strong, calling for action in his own community in a time that encouraged peaceful but slow progress.

Undeniably, Malcolm X had his pros and cons. Whether one views him as a successful leader or a merely a puppet…whether one agrees or disagrees with his beliefs…there are positive aspects to Malcolm X one can learn from.

First, it is never too late to change oneself to be a good person and a model to inspire others. Malcolm had a criminal career. Although he was over 20 years of age and imprisoned, he was still willing to change himself for the better, recognizing that to change a society, one starts within oneself.

Secondly, before one could become a leader, one has to be able to lead oneself. This comes with the ability to listen to others, the desire to learn, the commitment to stick to one’s faith and persevere.After meeting Baines, Malcolm became a devout Muslim, and was engrossed in reading. He committed to studying, listening and learning from his mentors. No matter what experience or situation one is in, one could always turn oneself into a leader. One does not have to be rich or own a big–million dollar company to be a leader, but could emerge from any walk of life.

Thirdly, leaders share what they have learnt and encourage others to strive for well-being and prosperity.Malcolm X wanted his Muslim fellows to have better lives so he taught what he learnt about life and the meaning of being a good, devout Muslim. This reflects his leadership ability even if one disagrees with what he was teaching. His core goal was to make fellow Muslims live a better life.

And finally—leaders take risks. Malcolm knew that by teaching and preaching about Islam, he was putting his life in danger, but he kept doing what he thought was right, what he believed was his life mission. Though his wife and friends had warned him repeatedly, Malcolm kept moving forward. His perseverance led to him being shot and killed in 1965 while preaching about his belief to his fellow Muslim brothers and sisters.