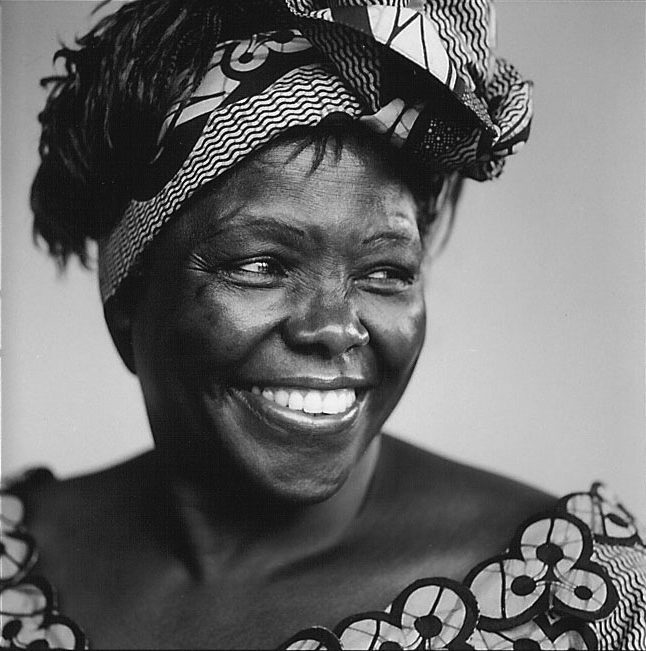 Wangari Maathai of Kenya was not a single-issue leader, but someone who understood the deep connections between the environment, politics, and human rights. By Szabolcs Panyi, Kiran Kabtta Somvanshi, Paul Udoto, Alexandra Watts.

Inspiring stories about leaders and visionaries are not hard to find, yet the most popular ones are very similar in a way. They are mostly about Caucasian people. White men from Western countries, to be more exact. About people with a certain privilege, or at least about people who did not have to fight as much for becoming a leader as Wangari Maathai (1940-2011) had to. She was not born to be a leader, in fact, she became one against all odds. The first ever African woman to receive the Nobel Peace Prize (in 2004), Maathai once said:

She knew exactly that throughout the years she not only emerged as a leader for a noble cause, but also as a role model for all African women. And that her cause – environmental conservation – and women’s rights and empowerment are closely connected. As the founder of the Green Belt Movement, Maathai focused on planting of trees and conserving the environment, natural waters and forests.

It’s the little things citizens do. That’s what will make the difference. My little thing is planting trees.

– this is how Maathai described her mission. Which is pretty much an understatement. Her little thing, the idea of a community-based tree planting movement was, and still is so successful, that Kenyan women have planted around 45 million trees in all parts of the country. And how is this connected to the rights and well-being of Kenyan women? The explanation she gave is simple:

In Kenya, women are the first victims of environmental degradation, because they are the ones who walk for hours looking for water, who fetch firewood, who provide food for their families.

When most Kenyan girls were still uneducated and illiterate, Maathai not only decided to pursue higher education. She was so talented and hard-working that she became the first black woman in East and Central Africa to earn a PhD. Also, she was the first woman in her region appointed as head of an university department. In 2002, she was elected to the Kenyan parliament, and served as Assistant Minister for Environment and Natural Resources in the following years. But it was not an easy ride for her to accomplish all these. After she criticised the judge of her divorce case, she was jailed, as well as police were harassing her on many occasions because of her activism. During her journey and the hardships of her life, Maathai realized that the cause she was fighting for is far greater than it first seemed. For anyone not familiar with the region’s political and economic situation, planting and protecting trees might seem like an innocent, non-partisan issue. The truth is exactly the opposite. 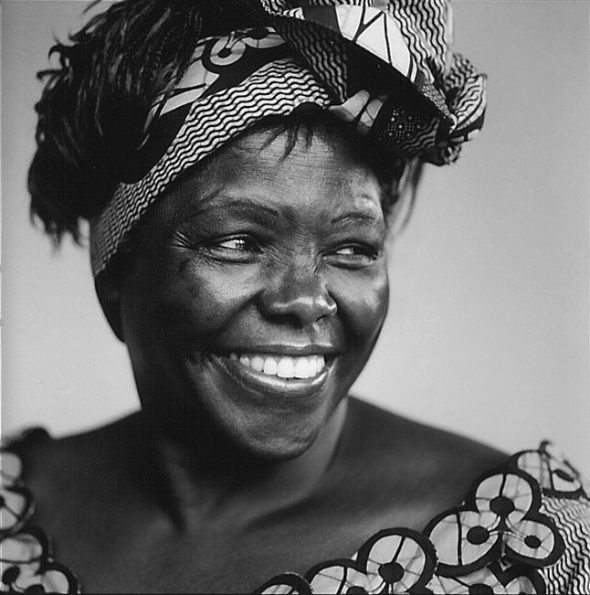 As Maathai described, it was inevitable that her environmentalist mission became a controversial political issue, and she herself had to become a political leader as well:

When you have bad governance, of course, these resources are destroyed. The forests are deforested, there is illegal logging, there is soil erosion. I got pulled deeper and deeper and saw how these issues become linked to governance, to corruption, to dictatorship.

The Nobel Peace Prize winner succumbed to cancer in 2011, but her legacy lives on. Maathai was not a single-issue leader, but someone who understood the deep connections between the environment, politics, and human rights.