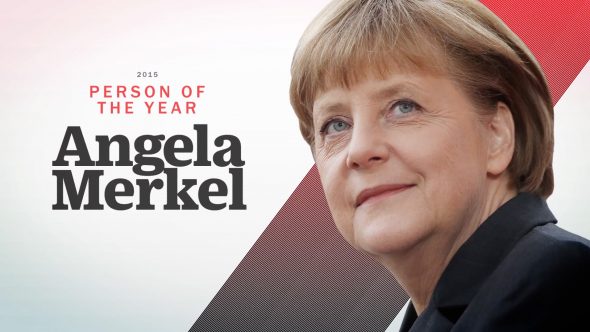 By Xiaofeng Fangwen and Kazi

Angela Merkel, currently the longest-serving leader in Europe, won a fourth term as German chancellor. Her longevity in power has helped her cement her leadership beyond Europe.

Among the European Union’s neighbors, only Russia, Turkey and Belarus have leaders who have been in power longer. However, unlike Putin, Erdogan and Lukashenko who use authoritarian power to maintain their power, Merkel’s leadership style has nothing to do with visible dominance, with arrogant boastfulness, with scary intimidation.

In contrast, her strength and influence highly rely on the cooperative-oriented and reason-based style of leadership, which make her perfectly manoeuvre within Europe’s highly structured and multiple level political system.

German philosopher Kant argued that the human mind creates the structure of human experience, that reason is the source of morality. Her leadership featuring by her firm personality is a perfect interpretation of German philosophy.

As a political journalist, I had a chance to watch Angela Merkel when she visited China. The initial impression she left with me is extreme calmness, no matter when she held a bilateral meeting with President Xi Jinping in Beijing, or she learned how to cook kung pao chicken with Chinese chef in Sichuan. 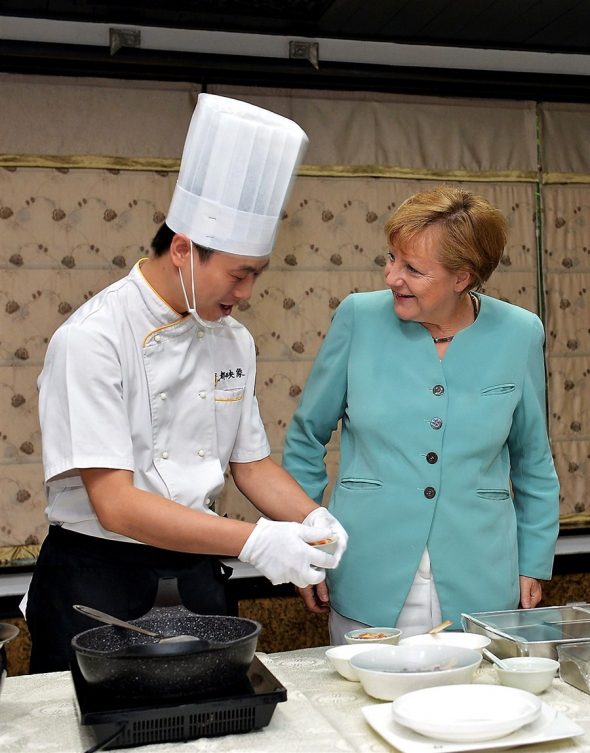 Not only in international light, but Merkel’s public persona is also a uniquely good fit for Germany’s political climate. Her most effective weapons were to be reasonable. CNN pointed out that her self-contained manner and abhorrence of fuss is key to her enduring appeal.

Christoph Rehage, a German activist, once told me why German trust Merkel’s leadership. Most Germans don’t want too much change. Merkel, who dresses plain and looks nice, perfectly suits their needs. No wonder Merkel acquired the nickname “Mutti”referring to an idealized mother figure in German culture.

As we can see, her leadership based on calmness help her deliver stable and continuous policy. For example, while most other European leaders were dragged down by the financial crisis, Merkel has blossomed during it. She introduced a series of economic stimulus packages by taking advantage of low interest on bonds and Germany’s super strong position as an exporter. As a result, both Germany and Merkel flourished in the crisis.

Another German philosopher, Hegel, has said: “The beginning determines the whole.” This might not be true for Merkel because her career is a saga of the victory of an outsider who defeated contenders by cooperation.

Merkel is a young physicist grown up in East Germany. At the time when Berlin Wall collapsed, no one could believe such a young girl without any political background could one day grow herself into a leading Germany and Europe as a whole.

At the beginning of her career, she had to compensate for three severe disadvantages. First, she knew nothing about politics. Second, she was a foreigner and outsider in West Germany. Third, she was in the most patriarchal dominated party in German—the CDU.

Given these shortcomings, Merkel couldn’t afford to make enemies because she had so few allies at first. She could only succeed by pragmatically cooperating with other people and networking with useful human resources, which fundamentally impacted her leadership style.

By doing so, Merkel became the leader of the Christian Democratic Union of Germany (CDU) and turned this traditional party into “one of the pillars of the new German consensus.” This has, in turn, resulted in new policy direction on everything from energy reform to women’s rights.

Beyond Germany, she also expands her leadership by cooperation. She is widely referred to as the de-facto leader or the decider of Europe. She uses her strong cooperative and pragmatic leadership to unify the European countries together.

No wonder Suzanne Moore, a columnist for the Guardian, said that Merkel is at the top of her game, a game that Donald Trump has no idea how to play. 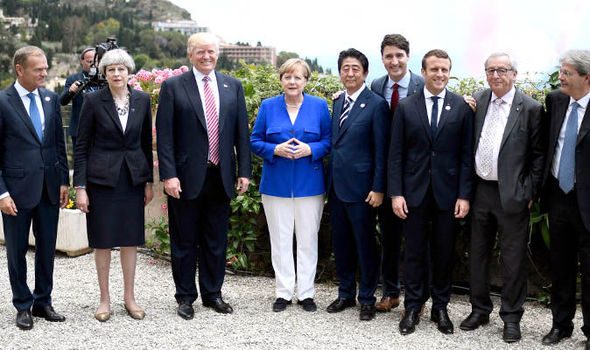 Watching her at the G7 summit this year when isolationism and nationalism have swept around the world, her statesmanship, her ease and her ability to broker deals and relationships are ever more impressive. She attempts to make friends with leaders from other countries.

More importantly, her cooperative leadership distinguishes her from the charismatic and ego-driven leader that we already have too much in the world.

Everyone has strengths and weaknesses no matter who he or she is. Merkel is no exception. Her Achilles’ heel is over-confident on her excellent leadership after staying a long time in power. That’s what almost catches up with her.

The way she deals with the refugee crisis, in some sense, provoked huge amount of discontent in Germany and Europe. My German friend, who is well educated, told me that Merkel not only fails to hear some voters’ voice but also fails to address their demand. He is going to vote Alternative for Germany (AFD) because something has to change. Otherwise, Christian culture is on the verge of collapsing in Germany. 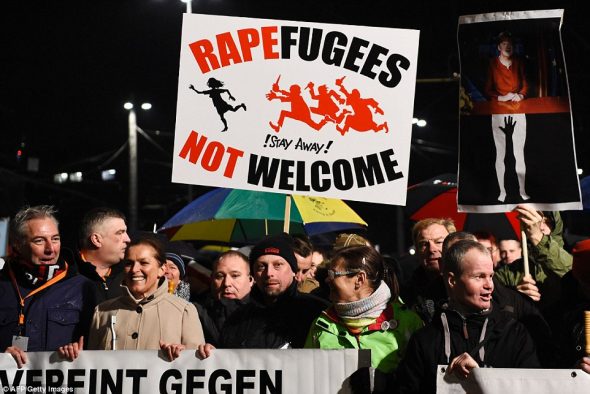 Protestors from the far-right PEGIDA movement march during a rally in Leipzig yesterday to protest at the increasing numbers of refugees entering Germany .

Another weakness is that she does not have an heir in her party who would fill her vacuum as we can see in the past election. At the same moment, when she falls, her party will overtake a collapse. Merkel should have a plan ahead because no individual or group could maintain dominance forever.

Although she has secured a fourth term as German chancellor, her authority is diminishing in the middle of surging far-right movement. How does Merkel respond to this tough situation？Does she need to redefine her leadership for combating the ever-bigger challenges she is going to encounter?