I had never met a person from Somalia, Bolivia, Sudan, Kosovo, Burundi, Azerbaijan or Burkina Faso till the global leadership forum happened!

There is always a moment in your life when you realize you are part of a movement much bigger and deeper than your life. And for me this moment lasted for five short days – but long enough to give me a glimpse of what diversity is like in this world. 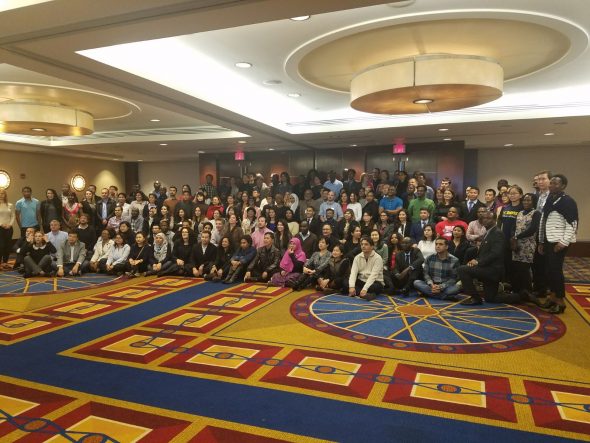 It was a matter of pleasure, pride and good fortune to be one among the 152 fellows from 91 countries. On the face of it, people are different – they have different way of speaking and expressing themselves, have varied biases and diverse way of eating and dressing. But on the inside, people have the same motivations, same things that make them happy or sad or angry and similar aspirations!

The occasion was not just about networking – it also helped forging new friendships with people with like-minded goals. 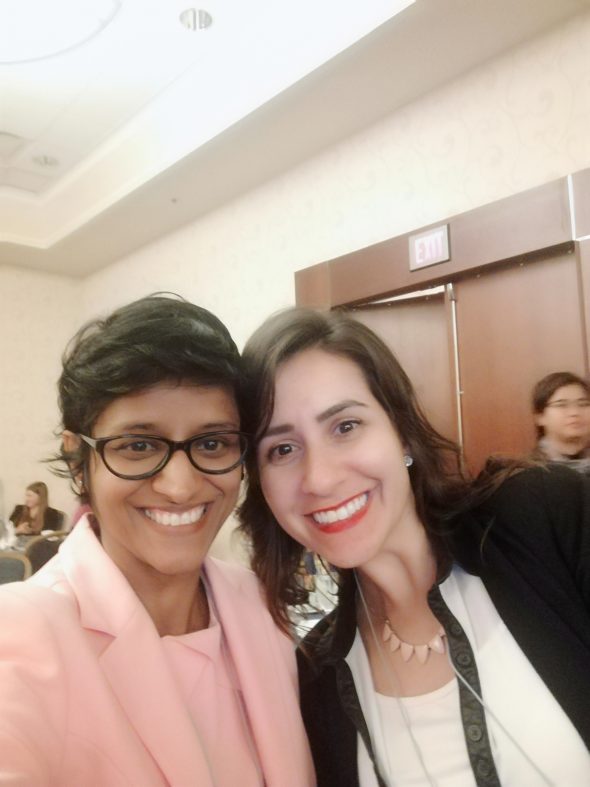 It was a pleasure to get to know Isabelle Picelli from Brazil and was indeed surprised to know that her mother is a believer of Sai Baba of Shirdi, a saint from India, whom she considers her mentor!

Connecting with Ujjwal Dahal from India’s neighbouring country Bhutan was a pleasure indeed. What connected us instantly was Hindi which Dahal spoke so fluently – learnt during a decade long education that he pursued in Tamil Nadu, a southern state of India.

Meeting with Sambasivam Sutharsan, a diplomat from Sri Lanka was enlightening – especially since we discussed India’s role as the big brother in the South Asian subcontinent.

At the reception hosted by the US State Department, I bumped into two people from the Balochistan region of Pakistan speaking in the Khetrani dialect. The dialect sounded a mixture of Sindhi, Urdu and many other similar dialects of Pakistan and North India.

Dressed in a sari at the reception, I was curious to find Harum Mukhayer from Sudan in her country’s traditional attire ‘toob’ which was very similar to mine. We connected instantly!

Another ‘find’ at the reception was Kajal Ashna Mahepal from Suriname. Ashna’s whose forefathers are from India is a fan of Bollywood actor Shah Rukh Khan and could even manage to speak in Hindi. For someone who had never known the history of Suriname, I was amazed to know how one-third population of this small country in South America are people from Indian origin. One of the local languages is Sarnami Hindustani and one of the beliefs is that the name Suriname might have evolved from the name of the Hindu God ‘Shri Ram’. The country’s Vice President is Ashwin Adhnin, a person of Indian origin.

Meeting politicians and country ambassador was another high point of the forum. It was a pleasure to meet Marcelo Magnou, Counselor at the Uruguayan embassy and Utku Cakirozer, member of the Turkish parliament. And if it didn’t end there… some of us bumped into Senator Jeff Flakes at the Washington DC airport on our way back to Phoenix.

All in all the global leadership forum opened up a wider network, allowed me to forge stronger relationships and make new friends and facilitated the discovery that I am now an integral part of the nearly 40-years old and thick Humphrey network!