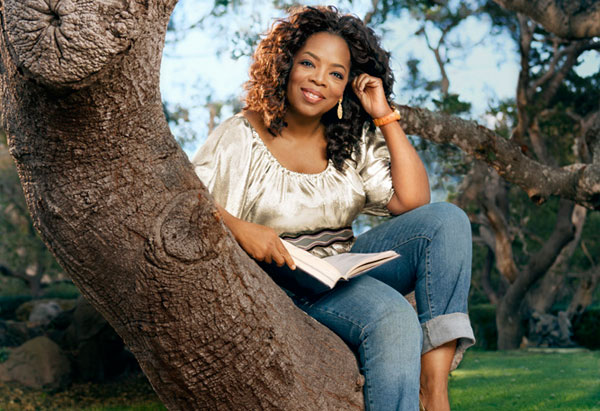 In its most basic description, Oprah Winfrey’s What I Know For Sure is a collection of her biggest realizations from over the course of her life. These tiny ah-ha moments culminate into a book that is both profound and extraordinarily simple. The book is made up from Winfrey’s deepest insights from over the course of writing the “What I Know For Sure” column for her magazine. The revelations themselves show Winfrey’s progression of thought on topics including love, fulfillment and purpose. 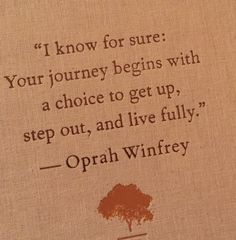 This book is not a traditional leadership book by any means, but I found plenty of inspiration of how a natural-born leader acts, thinks and feels through Winfrey’s powerful lessons. One of the quotes that so eloquently described the type of leader I hope to be discussed the importance of possessing authentic power.

Winfrey says, “When I think of authentic power, I think of the power when purpose aligns with personality to serve the greater good. When you see this kind of power shining through someone in all its truth and certainty, it’s irresistible, inspiring, elevating.”

I think having authentic power is the ideal for any leader because it is beneficial to all within the team. It is obvious when the source of power for a leader is something as superficial as a position, wealth or status. Having true, undisputed power starts from within and is typically just emboldened once someone gains recognition or esteem.

Using Winfrey’s chapters as inspiration, I selected the three topics which I felt would best enable me to discover how to become a more authentic leader: resilience, gratitude and power.

My own understanding of what it means to be resilient is the continuation of perseverance, despite challenges, self-doubt or fear. This principle has been integral to my own personal development, but I had never considered it to be important in a leadership context. When facing any challenge, the ability to continue on and see the trial as an opportunity to learn and improve is imperative for everyone, especially those who lead. In an article from The New Yorker that explains how to become resilient, clinical psychologist George Bonanno says that if you “frame adversity as a challenge, and you become more flexible and able to deal with it, move on, learn from it, and grow”, but if you “focus on it, frame it as a threat… you become more inflexible, and more likely to be negatively affected.”

I think the gift of gratitude is often underrated and minimized when discussed in the context of leadership. If we choose to see a team member’s exemplary effort only as a fulfillment of a duty, rather than something to express admiration for, then we miss out on the power of gratitude. Teams will be more receptive and more cohesive if each member, specifically the leader, expresses when there’s a job well done. Winfrey says, “In order to feel [gratitude], your ego has to take a back seat… instead of being frustrated, you choose appreciation.” Having a healthy ego instead of an excessive one is such an important aspect of an effective leader. Being able to express gratitude is a great indication of someone who is willing to boost others up, rather than inflate their own ego.

At the core of any leader is some sense of power. Although each leader has power in his or her own way, it is important to note when it is only the result of material wealth or status. A good leader is naturally able to lead a group from their own self-confidence, charisma and vision. Once we see leadership as an inner faculty, rather than being dependent upon a position, we allow each and every person to realize their potential as a leader. Throughout the semester, we have discussed whether a leader needs to hold office or a formal position of influence, but after reading Winfrey’s book, I would argue that leaders can exist in any conditions as long as they combine their vision and ambition for the greater good. This can be on any scale, in any place, which means that leaders can arise truly from their own desire to enact change.

Winfrey’s book is a fascinating look of an exemplary woman’s journey to discover what she knows for sure in life. I was inspired by the words of wisdom Winfrey shared, and I hope I can become a leader who is equally reflective, incandescent and hopeful as she is. In the following video, Winfrey explains how having faith in what you believe you deserve in life will enable you to achieve more than if you live with doubt. Having belief in your own abilities as a leader is powerful, because according to Winfrey, “Whatever you deeply believe, you will create.”