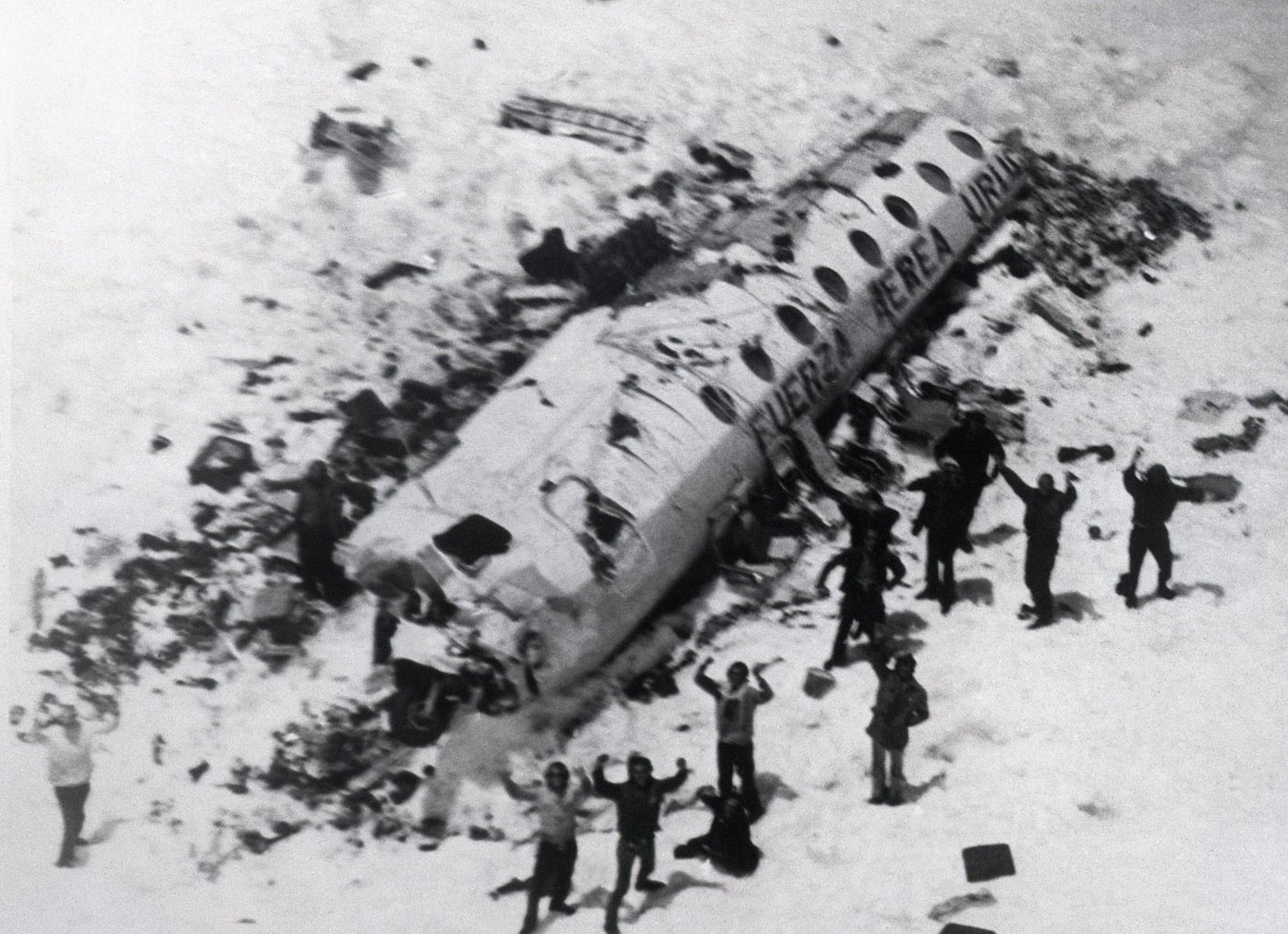 Los Andes is the biggest mountain range in South America, and the longest in the world. It is born deep in the south, where Chile and Argentina stretch themselves until almost touching the Antarctica. And It goes all the way north, over 4.000 miles, becoming the backbone of the continent, and hosting some of the tallest mountains in the planet, with musical names such as Aconcagua or Chimborazo.

“Everyone has to face its personal Andes”. That is one of the key quotes from the book “Alive!”, which narrates the odyssey of 16 Uruguayan rugby players who survive a plane crash in the mountains, and have to eventually rescue themselves after 72 days stranded in a ice prison on the top of the range. The quote belongs to Fernando Parrado, one of the two leaders of the team, who had to make an impossible walk without equipment, without food, without maps, to get to civilization and save his teammates.

The quote is explicit, and has a special meaning coming from a man who had to endure such a tragic adventure. Parrado not only lost his mother and his sister in the accident, but had to become the unofficial leader of the team, when the natural ones start disappearing, some because they could not survive the wounds of the accident, some because they could not put up with the challenge of leading a group of human beings condemned to such an inhuman situation.

Parrado is not the kind of leader you will recognize in corporate leadership books. He doesn´t talk much, he is not the center of conversations, he does not have a outstanding charisma. And, above all, he never wanted to be a leader. Reading the book you can start to feel when as all the other members of the team start to fail and fall to desperation, Parrado´s figure emerges as the person that will walk them out of the tragedy.

In the meantime, the group will have to endure really extreme challenges. An avalanche that would kill a number of friends and destroy their shelter, the news on the radio that the governments of Argentina and Chile have given up the search and consider them dead, and the transcendent decision of having to eat their friends dead bodies in order to survive.

That key part of the process, and the spiritual discussion that it generated between a group of young students from a catholic school, exposed to such a tough experience, is one of the moments where Parrado´s leadership looks more fragile. Maybe because he was so personally touched by the tragedy, maybe because having such a pragmatic personality, he doesn´t need to be involved in what is the most spiritual moment of the episode.

But his figure scales up in size and presence when he decides that since no one is going to rescue them from their suffering, they should rescue themselves. And to do so, they would have to cross

walking, hungry, weak, and with no geographical references, the spinal cord of the Americas.

So when Parrado says that everyone has his personal Andes, it has a special meaning for someone aware of his story. On one hand it means that, at some point in our life, we all face challenges that seem impossible, unfair, completely beyond our human possibilities. But it also means that if these guys were able to overcome such an inconceivable test, then we have little excuse when we are sometimes overwhelmed by our petty, everyday problems.