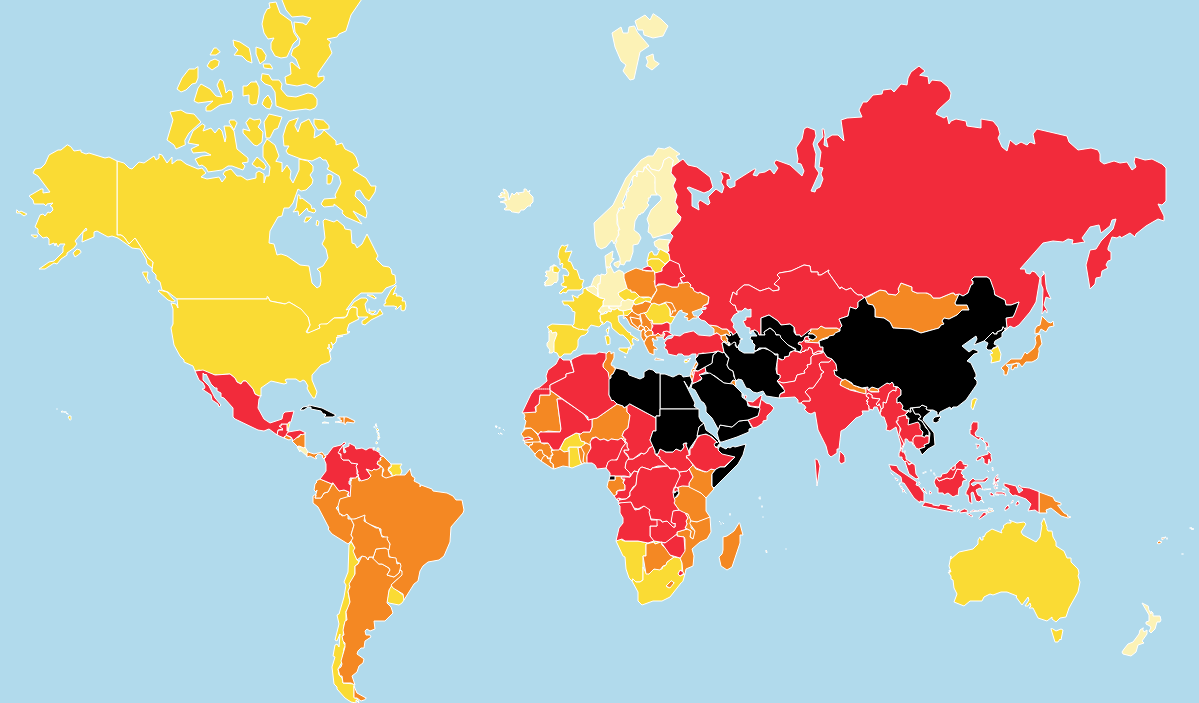 As the world watches on, freedom of the press seems to always be a question rather than a given right. Should it be free? What harm will monitoring the press bring?

On the 29th of October, I had the privilege of watching a presentation done by the 2018-2019 Humphrey Fellows of the Walter Cronkite School of Journalism and Mass Communication, a group of 11 journalists from 10 different countries across the globe. Having the opportunity to be a part of their almost year long journey in the United States, my eyes have been further opened to the idea of a free press and the limits many countries still have on this freedom.

Their presentation focused on a simple complex idea: why we all need a free press. For the many people born within the United States each year, the freedom of the press is often not a freedom that’s at risk. Having been born and raised in Arizona, I have always been one of those privileged with the freedom to speak freely. Up until now, I have only been slightly exposed to the idea that some may not have this freedom. Yet, through this presentation, I was able to see the true power that a free press can have on a country.

This blog is not an analyzation of the wonderful presentation done by the fellows, but is rather a self reflection of what freedom of the press truly means to me and why I believe it should be a human right rather than a privilege. As the presentation began with the names of journalists who have lost their lives for this art, I was eerily reminded that the job I plan to go into does hold its own risks. So why would I do this you might ask?

To me, this career does not simply entail just telling stories to the general public. This career is more powerful than that in many ways. Being able to report the truth so that the public can make their own decisions on topics is what true journalism is all about.

As for freedom of the press, it is this that can make or break the ability for people to obtain truthful information. When the press is not free, neither are the people. When information is withheld or watched over, truth can no longer prevail over the powerful. Though obtaining press freedom for countries across the world may seem impossible, it is a slow going yet important movement that is taking shape. From the independent media sources who report as the wish to the many freelance journalists working to find the truth, this is an important topic that is touching journalists across the continents.

And as for me in my small hometown in Arizona, this movement hits close to everything that brought me into journalism. I have had the wonderful privilege of freedom of the press within my own country, yet we still tend to be blind to the lack thereof in other countries. It is in this fact that I hope to help bring even the smallest inkling of press freedom to the countries that need it most. Not only do I need press freedom, but the world needs press freedom.