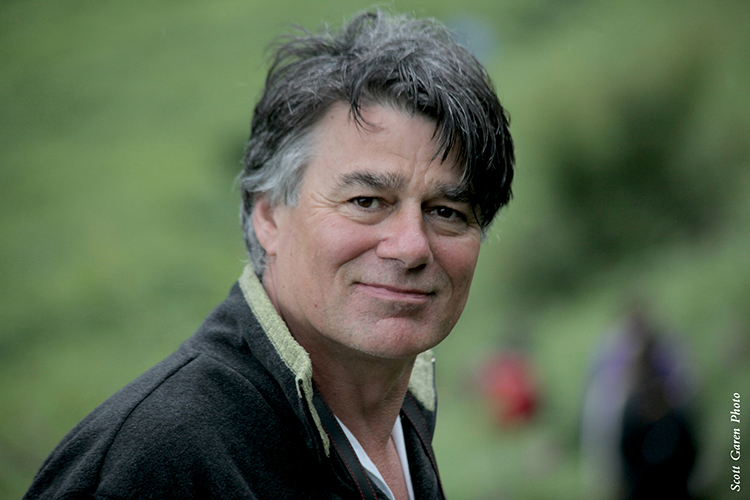 “Crossing the Unknown Sea” by David Whyte is an inspirational book that takes its readers from the oceans and tides of a real life into a voyage of identity and self-discovery.

David Whyte was a naturalist guide in the Galapagos Islands in Ecuador, where he experienced a near-drowning situation.

He was once an anthropologist who worked in the Amazon river in Central America.

He had crossed oceans and even travelled to the Himalayas for research and studies.

However, his soul was searching for something larger. He concluded, ‘Work is not a static endpoint or a mere exercise in providing, but a journey and a pilgrimage in which the core elements of our existence is tested in the world.’

With that self-discovery, he started his career as a poet and a speaker in 1986. Now he is a leader is his profession. He has authored nine poetry books and four nonfiction books. A Fortune 500 consultant, he has also worked on leadership models. He introduced this concept of creativity and poetry to big companies like Boeing and Toyota.

What is ‘Crossing the Unknown Sea’?

Whyte is a strong supporter of the concept of the ‘firm persuasion’ which was introduced by English poet William Blake. He quotes Blake who believes, ‘To have a firm persuasion means to feel you can move mountains.’ Blake argued we miss opportunities because we lack the courage to set out with a firm persuasion.

Whyte applies Blake’s words  in real life as he takes us ‘on a pilgrimage of identity’ through his book.

He states, “To have a firm persuasion in our work – to feel that what we do is right for ourselves and  good for the world at the exactly same time – is one of the great triumphs of human existence.

Whyte points out that people spend majority of their times in workplaces wishing they were somewhere else and doing something else.

While talking about stressful workplace experiences, he recalls how he once forgot his own name at a board meeting. He further notes that if we find ourselves angry or exhausted every evening at home or with our families, something is wrong with the way we work.

The book is a valuable literature to individuals who feel lost and unfulfilled in their current workplaces.

The book reminded me of other real life captains who crossed the unknown sea and made valuable contributions to society.

Lujhendra Ojha grew up in the Himalayas watching the sky and stars with his father who was a zoologist. He came to the U.S. after his father got a job at Arizona State University in 2005.

He followed his passion and pursued his studies on space exploration. At the age of 25 in 2015, while working for NASA he proved that water existed on Mars. His work is the evidence of the firm persuasion and the result of inner conversation that Whyte talks in his book.

Sunita Danuwar was sold at a brothel in Bombay 30 years ago by human traffickers. She lived the hardest time of her life until the police raided the red light area and rescued Sunita and 500 other girls. No one accepted her when she returned home, and others who returned with her had HIV. Those survivors set up Shakti Samuha in 1997. It was the first anti-trafficking organisation set up by victims of trafficking.

The organisation helps survivors of human trafficking and conducts advocacy campaign to educate women about trafficking. Over the years, Sunita completed her studies and won a Ramon Magsaysay Award, also known as the Nobel Prize of Asia.

Those people crossed the unknown sea and awoke the sleeping captain in them and made the ‘ultimate contribution’ for the society.

Whyte became successful poet and a storyteller after he discovered poetry would be the most meaningful work for him in life.

In the book, he tries to create ‘universal philosophy’ out of his personal experiences which might not always work in a real life setting.