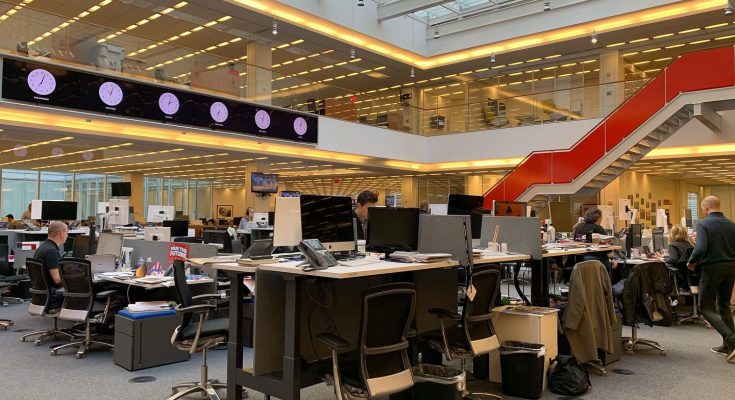 Visiting the New York Times, for me, was like visiting Disneyland for the first time when I was a kid. I have always wanted to see and meet the people running the publication. Thankfully, I was able to do so on November 1.

Not only that, I was also able to join their editors’ Page 1 meeting that morning. It felt surreal to hear the different section editors, the Executive Director of NYT, Dean Baquet, and their DC counterparts discuss the agenda of the day and the week.

At the time, they were discussing the possible follow-up stories on NYT reporter Maggie Haberman’s exclusive story on President Donald Trump moving his residence from NY to Florida.  Business, economy, and metro editors then pitched their story ideas on the topic.

It also made me miss my newsroom back home in Manila, as some of their digital processes are the same with ours.

While these may be similar, one difference stood out: the sizes of our respective offices. The NYT office is massive and modern, accommodating nearly a thousand employees in New York alone. They have offices in other cities worldwide, too.

Their conference room doors featured photos of journalists who were killed in the line of duty. Their hallways are adorned with names and images of Pulitzer Prize winners from the company.

One trend was noticeable: In the early days, mostly white, male journalists received the Pulitzer prizes. As the years went by, one would see that awards were given to groups of journalists, including women, who collaborated on award-winning stories. It was interesting to see how the newspaper was there throughout the transformation and the continuous journey of the American people and the world.